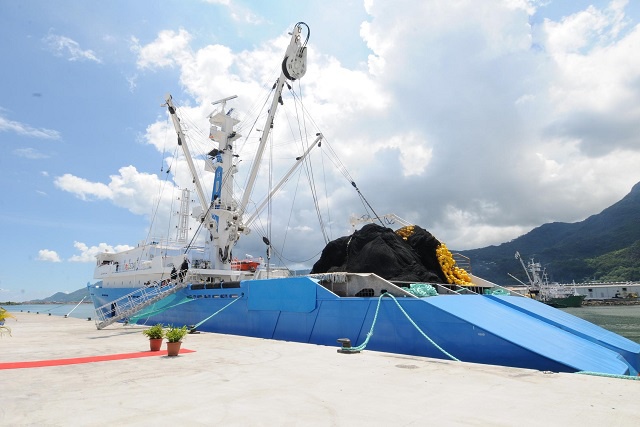 (Seychelles News Agency) - The Seychelles Maritime Safety Administration, SMSA, has confirmed that three Seychellois fishermen have been rescued at sea by a France-flagged purse seiner of the Sapmer company.

Sapmer, is one of the largest fishing companies of the Indian Ocean region, which has purse seiners licensed to fish in the Seychelles exclusive economic zone, and recently decided to use Port Victoria as the home port for its purse seiners.

The rescue of the three Seychellois fishermen has been reported by Reunion Island’s news site Reunion 1ère, which says that they were picked up by “Franche-Terre”, yesterday afternoon.

"The fishing vessel «ROCKER» was possibly wrecked on August 8, 2015. It was located near the Amirantes group of islands,” reports Reunion 1ère.

The three men were apparently located some 380 nautical miles north west of the Amirantes, which lies over 200 kilometres away from the Seychelles main island of Mahe, when they were picked up on Wednesday.

"The three people were on a life raft and had drifted for more than 25 days…the purse seiner [Franche-Terre] informed Reunion’s regional operation centre for surveillance and rescue [CROSS Reunion] which contacted the Seychelles maritime authorities,” adds Reunion 1ère.

Contacted by SNA, the Director General of the Seychelles Maritime Safety Administration, SMSA, Captain Joachim Valmont confirmed that they were alerted on the rescue by the Coast Guards yesterday afternoon.

“Nobody had come forward to report the three people missing…the authorities learnt yesterday that they had been picked up by the French-flagged vessel Franche-Terre…we do not have much information, only that they were on a life raft and that they seem to be in good health,” Valmont told SNA.

"We await their return, from there we will be able to question them about what really happened...apparently they were shipwrecked since august 8, so it means they have spent quite a long time drifting at sea.”

Franche-Terre has now changed its course and is heading to the Seychelles Port of Victoria with the three Seychellois fishermen onboard.

They are due to arrive tomorrow morning.