The transparency of oil exploration in Seychelles: are people ‘too cynical’ to make a difference? 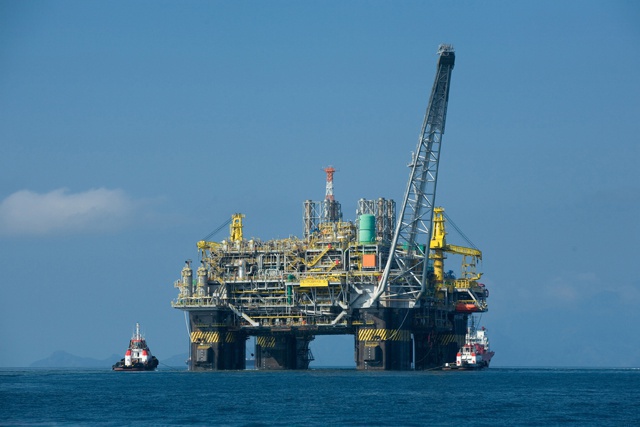 At an EITI workshop held in the Seychelles capital of Victoria which engaged civil society representatives on Tuesday September 15, the Chief Executive Officer of the Citizen’s Engagement Platform Seychelles (CEPS), Veronique Bonnelame, told SNA it was “difficult” to get people excited about something that they could not yet see.

“The issue is, people in Seychelles are cynical, so it’s about how do we get that cynicism out of this and how do we try to get people to understand?” she said, adding that Seychelles should be taking full advantage of the opportunity to address issues of transparency in the oil sector right from the beginning.

“In Seychelles we have a love-hate relationship with transparency,” she told SNA. “We love it when something is going wrong, but now when we are saying let's get together and make this process work... not very many people are interested.”

“But twenty years down the line, when we will have oil, and the funds are being mismanaged, [then] everybody will be talking about transparency.”

According to a communique published in daily newspaper, the Seychelles Nation, on Saturday, CEPS announced that Bonnelame had subsequently stepped down as CEO on Thursday September 17, two days after the interview took place.

The small island developing state decided to adopt best practices from countries with successful extractive industries such as Norway, and was successful in their bid to become part of the progressive Extractive Industries Transparency Initiative (EITI) after they were announced as a candidate country in 2014.

Seychelles has so far received $290,000 in finance from the World Bank toward the cost of the implementation of the EITI, and the first country report must be submitted on February 6, 2016.

However, the initiative’s success is dependent on the engagement levels of civil society, which must have four representatives sitting on its Multi-Stakeholder Group (MSG).

The workshop brought two delegations from other successful EITI member countries, Tanzania and Timor Leste (East Timor) to Seychelles to share their experience of getting engagement from civil society with the members of CEPS and other stakeholders.

By listening to both delegations, it became clear that strong and vocal civil society leaders were needed to ensure that the economic, social and environmental interests of the citizens were being safeguarded during the EITI process.

The Indian Ocean archipelago of 115 islands, dotted around 1.4 million square kilometres of ocean demarcated as its Exclusive Economic Zone (EEZ), is believed to have large quantities of untapped oil beneath its pristine waters.

The government is hoping that in the coming years, Seychelles will be able to add the hydrocarbon sector to prop up its small economy, which is currently almost entirely dependent on tourism and fisheries.

PetroSeychelles, the national upstream petroleum regulator and promoter, then called the Seychelles National Oil Company (SNOC), was originally formed in 1986 after encouraging survey results from the International Indian Ocean Expedition, which was carried out by 40 vessels and 13 different countries between 1957 and 1965.

After an oil price crash in the mid-80s, explorer Amoco pulled out of its exploring activities in the Seychelles, leaving little activity happening in the sector for the next twenty years.

In 2012, the US Geological Survey (USGS) concluded an oil survey of the western Indian Ocean region including Seychelles, Tanzania, Madagascar and Mozambique, estimating a total of 793 MMbls (millions of barrels) to be present in the Seychelles rift area.

Since then, all of the countries surveyed have started drilling and extracting offshore oil - all except the Seychelles, which imposed a two-year moratorium on all exploratory activities, subsequently opening up oil exploration blocks to bidding companies in June 2013 after the moratorium had elapsed.

At the time of the Seychelles exploration embargo, WHL Energy an Australian firm and Afren Plc held offshore Seychelles petroleum exploration licenses. Early in 2014, Ophir Energy, a UK-based energy company, was farmed in to earn a 75 percent interest in WHL’s Seychelles stake.

The government used the freeze to its advantage, putting legal instruments and frameworks in place to prepare for the discovery of oil in the archipelago of 93,000 people, but it remains unclear whether the current oil price depression will portend yet another delay in exploration and drilling activities.

‘Once you decide to go into extraction, you cannot go back’

Amani Mhinda, a civil society organisation representative in Tanzania’s EITI multi-stakeholder group, told SNA that it was vital to go out to the communities and start engagement and education activities to show people what has been done in other countries.

“It is important for example to bring the stories of other countries that have failed, to trigger them to understand what could happen,” he said in an interview.

“For example, if you take how they manage their oil in Nigeria and what the oil spill has done, and you bring these documentaries to the communities… it will trigger the interest that this is what could happen to Seychelles - which is not necessarily what the government wants - but this is what can trigger people to understand, because they have never been to the Niger Delta, they have never been to Ghana or Tanzania, so they cannot see that.”

Mhinda also recommended holding exchanges to bring civil society organisation members to oil-producing countries such as Tanzania to see for themselves how extractive industries impacted on communities.

“You also need to push the environmental agency within the country to really give this priority, put this at the top of the agenda and keep it there, because this is an opportunity for Seychelles,” he said.

“We need to put the legal framework right, we need to engage communities right so that they understand what decisions the government is taking on their resources,” he explained.

Although Mhinda said that within the EITI framework there are now more means now to incorporate requirements surrounding social and environmental impacts, other organisations and methods should also be used to protect the environment as well.

“Within the World Bank and the international financial institutions, they have regulations and guidelines about how companies should ethically engage in this... so EITI is just one process in terms of revenue transparency and tracking how revenue is allocated to the budget and how it is used, but… we should not look at the EITI to solve all our problems; this is just part of it, but we need to also engage on other platforms which are equally important.”

‘Back to the drawing-board’ for CEPS

For the Seychelles EITI, Bonnelame says the board of CEPS must now go back to the drawing-board and try to use Timor-Leste and Tanzania’s experience to get the citizens of Seychelles more actively involved in the process.

However, she pointed out that neither countries had tried to implement EITI before extraction took place, which made a difference to the engagement levels.

According to the Tanzanian delegation, discontent was so rife within local communities against the multinational oil companies that there was protest action and violence, which meant that the EITI process was almost forced upon the Tanzanian government by civil society organisations as a method of quelling the unrest.

As a result of the process, it emerged that the resource-rich country had received over $1.2 trillion in revenues from the mining and natural gas companies operating in the countries.

Timor-Leste, a former Portuguese colony in southeast Asia, has high poverty rates and is placed only 128th on the Human Development Index despite its offshore oil and gas wealth.

“For the two delegations, they have never been in our position, because they already had mining and extractive industries ongoing… so they had more of an interest to get it done because they could see [the problems associated with the lack of transparency],” said Bonnelame.

“CEPS has to go back to the drawing-board and get some materials, we have the World Bank who is going to help us as well with some education material they have already developed… and we also hope to try and engage with PetroSeychelles,” she said.

During the workshop, Bonnelame highlighted the fact that they were still struggling after three months to get PetroSeychelles to declare the amount which the three exploration companies currently operating in Seychelles had paid for their licenses.

The two delegations encouraged CEPS to keep pushing for the information, saying that in the beginning there were always difficulties, but that as everyone became more aware of the benefits of transparency, it would become easier with time.

Katy Beaver, who is a member of CEPS and the secretary of the Plant Conservation Action Group, told SNA that she thought it was important for more civil society representatives to get involved in the EITI process.

“My concern with this, having understood from this process, is that we really need strong people, and because of previous history with NGOs and the lack of kind of feeling of being able to protest or voice your opinion or whatever, I think we’re still very, very reluctant to do so yet,” she said.

For Beaver personally, she would rather see the oil or gas stay underground because of her concerns for climate change, but said that she was interested in the EITI process because of the sector’s potential importance to the economy.

“That’s where I think the real negotiations and the real balance has to be found, if it’s going to happen at all, it is going to have to be very carefully done with very strong representation from civil society… I would rather keep it underground, but I don’t know whether that is totally realistic, unfortunately,” she said.

“As civil society we need to understand the whole process much better, and if we are more informed… you then have a greater basis for good arguments in different directions, but without that knowledge you cannot make those arguments.”

In a separate interview conducted with SNA on Thursday, the Seychelles Minister of Environment, Energy and Climate Change, Didier Dogley, responded to the issue of environmental concerns raised at the workshop.

“Oil exploration has got its dangers and its potential threats and so on… but I think the most important part of it is that running a country like Seychelles needs money,” he said. “We’ve got two main ways of making money; tourism and fisheries. Tourism is very fickle, you just need to have a major problem in Europe and we’re in trouble.”

Minister Dogley pointed to various infrastructure development projects that the government of Seychelles wished to undertake but didn’t have the money to do so: investment in a nation-wide sewage system and dam-building projects.

“We need to invest in water; at the moment we’re using desalination, why, because we can’t invest a huge amount of money. For example the dam that we have been trying to build at Grand Anse [on the west coast of the Seychelles’ main island of Mahe] for the past twenty to thirty years will cost us about 82 million US dollars.”

Dogley said that the International Monetary Fund, which is currently assisting the government of Seychelles with its economic reform programme in place since 2008, has placed a limit on the amount of money the island state can borrow, effectively placing large-scale infrastructure projects on hold.

“All these transformations which need to take place will have to be financed somehow, and at the moment we don’t have that money, but if we improve our intake of foreign exchange through oil exploitation, then that will give us the leverage to transform the whole of society.”