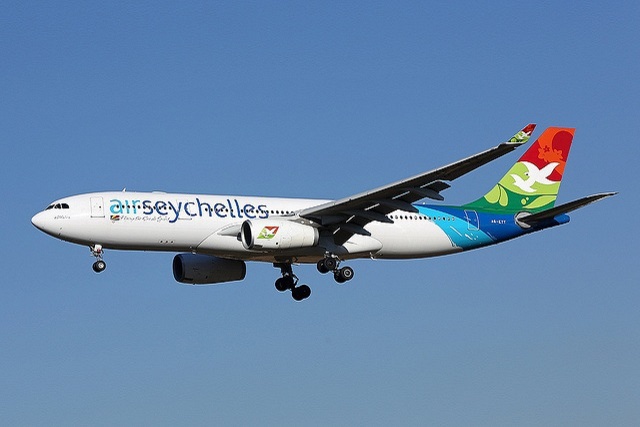 (Seychelles News Agency) - The five Indian Ocean islands of Seychelles, Madagascar, Mauritius, Reunion and the Comoros have formalized their commitment to ensure greater regional connectivity with the signing of an “historic” cooperation agreement dubbed ‘l’Alliance Vanille’ or Vanilla Alliance.

The pact was signed on Monday in Madagascar’s capital, Antananarivo, by representatives of Air Seychelles, Air Madagascar, Air Mauritius the national airlines of the three respective island nations.

The French overseas department in the Indian Ocean Reunion island was represented by Air Austral, the French airline mainly active in the southwest Indian Ocean, while the government of the Comoros chose to be represented by ‘Air Inter-Iles de l’union des Comores’ an airline created in 2008.

A 'mutually beneficial' cooperation to boost tourism and economic development

The event was witnessed by the Secretary General of the Indian Ocean Commission (IOC) or Commission de l'Océan Indien (in French), Jean-Claude de l’Estrac and the Madagascan President, Hery Rajaonarimampianina who said the agreement would go a long way towards boosting tourism and economic development in the region.

Talks on greater regional connectivity started in 2012 led by the IOC, an organization established in 1982 in Mauritius, before being institutionalized as an intergovernmental organisation of its five member countries by the Victoria Agreement in the Seychelles in 1984.

Calls to establish ‘l’Alliance Vanille' resulted from consultations between a committee of airlines and civil aviation authorities established at the end of a ministerial conference of the IOC on air transport and tourism convened in the Seychelles in July 2014.

The Council of Ministers, met on May 20 in the Madagascan capital, where they committed to sign the "historic" agreement for greater air connectivity to reinforce ‘people-to-people’ linkages and also promote business and trade across the Indian Ocean region.

‘L’Alliance Vanille’ hence confirms the will of the five Indian Ocean airlines to work towards the common goal of establishing commercial ties including in sales, marketing, training, ensuring that the economic environment is leveled with competitive tariffs among other forms of cooperation.

Responding to SNA in an emailed statement yesterday evening, an Air Seychelles spokesperson said enhanced travel options to, from, and between the islands of the Indian Ocean through the fine-tuning of mutual schedules could be the immediate benefits to travellers following the signing of the agreement.

“This will be followed by commercial agreements and codeshare partnerships to make travel more convenient, for residents of the Indian Ocean and international visitors alike, the efforts are expected to boost interest and travel to and within the region as a whole benefiting all the economies,” reads the statement.

“Four initial working committees have been established to explore schedule enhancements, commercial Interline agreements, leasing synergies for peak flying periods, and business lounge cooperation. The outcomes of these committees are expected to be announced soon.”

While Reunion’s Air Austral is the only Indian Ocean carrier currently flying to the archipelago of 115 islands, the Seychelles national airline today serves the regional islands of Madagascar and Mauritius.

The Chairman of Air Seychelles, also the Minister for Foreign Affairs and Transport Joel Morgan, announced at the beginning of this month that the airline is also studying the possibility opening up new routes including one to serve the Comoros islands responding to the island’s government request to connect the Comoros to Paris.

According to a press statement issued by the IOC, the Chief Executive of Air Austral, Marie-Joseph Malé, who is also the President of ‘l’Alliance Vanille’ has described Monday's signing as only the beginning of greater things to come.

"We are all convinced that the strengthening of our air links is a motor or a prerequisite for the economic development of our region" said Malé.

The airlines of the five Indian Ocean countries combined is said to fly to more than 50 destinations using more than 30 airplanes, carrying almost 3 million passengers yearly.

IOC's Secretary General, has called on the respective airlines to aim even further.

Jean-Claude de l’Estrac is envisaging the creation of "a low-cost airline… that would likely lead to the transport of at least 200 000 additional tourists a year and generate according to expert calculations, an additional income of $1.1 billion to the GDP of the Indian Ocean region and 10 new jobs for every 100 additional tourists."