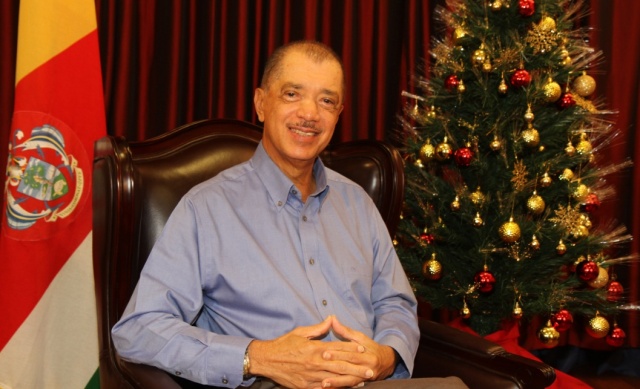 (Seychelles News Agency) - Seychelles plans to show its determination to face major challenges as a small Island State in 2014, in line with the United Nations' declaration of 2014 as the International Year of Small Island Developing States.

Seychelles President James Michel, declared this year’s national theme ‘International Year of Small Island Developing States: Seychelles – A Determined Island Nation’ in his New Year address on SBC television this evening , saying it is in recognition of the leadership role of the Seychelles as a small island developing state.

“We are a truly determined island state. We are conscious of our weaknesses and our constraints … But we are a resilient small nation. We have faced them, overcome them against all odds and we have emerged stronger and bolder,” said Michel.

"Small islands conjure up images of paradise on earth. They are small; they are beautiful! But small is also vulnerable. We are vulnerable to a host of threats ranging from climate change, to the plundering of the resources of our Blue Economy, piracy, trans-border organised crime … The challenges are many. But we, the inhabitants of one of the most beautiful small island states, have not allowed these to deter us from fulfilling our vision. It is a vision of a better world -- one of hope, justice, peace and opportunities."

The Seychelles is an archipelago of 115 islands, with a population of 89,949 people according to latest figures released by the National Bureau of Statistics.