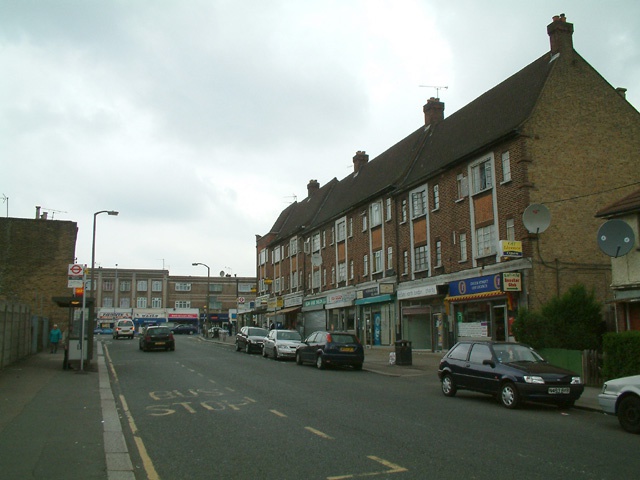 File Photo: Local shops in Enfield Highway (wikipedia). A 20-year-old Seychellois woman is said to be among three people charged in connection with the “murder” of a 25 year old woman, who was found dead in a flat in Enfield, in north London.  Photo License: (CC BY-SA 2.0)

(Seychelles News Agency) - The family of a young Seychellois woman who is reported to be one of three suspects in an alleged murder in the north of London in the United Kingdom, has said that they "are yet to establish contact with her and are still trying to trace her exact whereabouts."

Responding to SNA this morning, Fatima Agathine confirmed that she is Macdalena Agathine's grandmother and that the family had learnt about the incident through the British media.

An article published by the BBC on September 22 stated that two 20-year-old women and a man had been charged in connection with the murder of a 25-year-old woman, who was found dead in a flat in north London.

“The 25-year-old was found in Gainsborough House, Enfield, on 17 September. She died from multiple injuries….victim is yet to be formerly identified by police,” read the BBC article.

Although the BBC article did not mention the nationalities of the three suspects, reports emerged on the social media site Facebook that one of the two women arrested and charged over the incident, Macdalena Agathine, is a Seychellois national.

According to Agathine's grandmother, the young Seychellois woman, who is originally from Anse aux Pins, a district on the eastern coast of the main Seychelles island of Mahé, had been living in the UK for the past six years and that they had other family members living there.

“I have two sisters in the UK. Together with a friend of the family they are looking for more information and finding out what exactly happened… for now we await more information,” Agathine told SNA.

Commenting on the BBC article referring to Macdalena as having “no fixed abode”, her grandmother told SNA that she was residing “in a two bedroom apartment in Enfield.”

“I believe that she did not want to tell them where she was living.”

When contacted for comments, the Seychelles Ministry of Foreign Affairs and Transport indicated to SNA that it has not been officially informed by any British authorities about the incident nor has it been approached to offer any consular assistance.

“We have made contact with our diplomatic mission in the UK as well as with the British High Commission in Seychelles to find out what exactly happened and we will proceed from there,” said a ministry spokesperson, who added however that the ministry has been able to establish that the woman is a Seychellois national who left the country in 2009.

According to another article published in another UK publication, the Evening Standard, five people were initially arrested in the incident relating to the death of a 25-year-old woman who was yet to be identified.

“Scotland Yard issued an appeal for information about her death,” reads the story.

General » Be a reporter: Write and send your article » Subscribe for news alert
Tags: murder, UK