Silhouette: Discovering the simplicity and beauty of the third largest jewel in the crown of the Seychelles archipelago 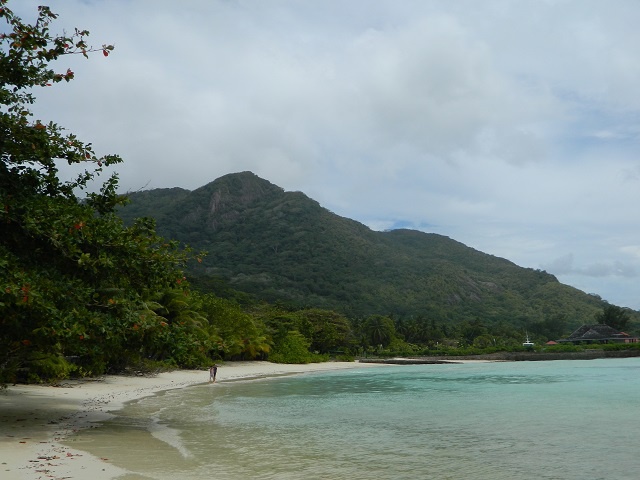 The simplicity of life, the natural wonders of the peaceful island, leaves the visitor to Silhouette, in awe of the third largest jewel in the Seychelles archipelago. (Seychelles News Agency)

The granitic island was named after French finance minister Etienne de Silhouette (1709-1767), when the Seychelles islands were still a French colony.

Although it is the third largest island after Mahe and Praslin, Silhouette has a limited amount of human development; a small village with a clinic, a shop, one hotel and two guesthouses, with a resident population of 500 people.

The imposing silhouette of its highest peak, Mont Dauban (751 m) which is the second highest mountain in the archipelago, is seen from the north west shores of Mahe, where islanders watch the sun setting. Silhouette has retained most of its natural habitat, unspoiled by the hands of men, with its untouched tropical forests which are home to many endemic species of flora and fauna, and are recognised by scientists as an important biodiversity area in the Indian Ocean.

An energetic hike on the island brings the nature-lover face to face with carnivorous pitcher plants which languidly cover its sun-scorched granite slopes, or the rare Impatiens gordonii (Seychelles Bizzie Lizzie) and a few gigantic trees of the shapely Coco-de-Mer in the misty forests.

The island was identified as an area of great importance for environment conservation and in 2010 the Silhouette National Park was opened, where 93 percent of its land surface was formally protected under the law.

The mysterious island opens up to visitors

Silhouette’s first landowner was Jean- François Hodoul, a French corsair, who is thought to have buried his treasure there, giving many generations a source of tales of wandering ghosts and corsair mysteries. Since 1860, the island was owned for a hundred years by French plantation owners, the Dauban family, who then sold it to a French group, and then in 1983 it was purchased by the Seychelles government, and taken under the care of the Island Development Company (IDC), a state-owned entity which was set up to manage and develop islands owned by the Seychelles government.

Keen to tap into the tourism industry which is one of the main pillars of the Seychelles economy, IDC invested in a small guesthouse at La Passe, situated on the eastern side of the island, to provide for Seychelles nationals with a chance to discover the island, at a fee affordable to them.

The guesthouse can take twelve people at a time and has created a regular influx of local visitors seeking the true island life.

“We get almost 600 people per month renting our small rooms for a fee. The fee also includes transportation and meals. We have noticed that many people who come here the first time returns to Silhouette and they really enjoy their stay here,” says Gilbert Esparon, the manager of the island, adding that day trips can also be organised upon request.

Visitors looking for a more lavish place to stay on Silhouette have the choice  between Hilton Seychelles Labriz Resort & Spa with over a 100 villas, and the cosy guesthouse, La Belle Tortue Lodge.

“Hilton Labriz is the most luxurious resort within Seychelles that is close to true nature and that offers a true private island experience due to its unique location,” said Claus Steiner, the General Manager of the Silhouette Labriz, which was renovated and taken over in 2011 by the internationally recognized Hilton group.

The resort was built around a marsh area and has integrated and improved the water features within the landscaping of the property, as part of an ecotourism strategy.

Visitors to the island can still admire the relics of the days of the Dauban family who came from Mauritius to Seychelles in 1860 and built the ‘Grann Kaz,’ a large colonial style house.

The smaller hotel of ‘La Belle Tortue Lodge’ was built a year earlier and has only recently been renovated into stylish little cottages with six rooms at the far end of La Passe.

Further renovations took place following the construction of the two hotels to put in place some modern conveniences. The island’s only jetty dating from 1866 was demolished and a new one was built.

The dirt roads have now extended to other parts of Silhouette in order to facilitate the use of electric golf carts by the hotel staff and visitors to and from the jetty.

The tourism establishments on Silhouette have brought in more staff on the island which now has over twenty different nationalities working there. From less than 150 people on the island, Silhouette has now 500 inhabitants making it the fourth largest populated island in the Seychelles, which has a total population of 90,000.

A refuge for endemic species of the Indian Ocean

Silhouette has an exceptional biodiversity and is classified as an ‘Important Bird Area’ (IBA) and includes species like the Seychelles kestrel, Seychelles blue pigeon, Seychelles bulbul and Seychelles sunbird.

“Some of the plants found here on Silhouette cannot be found anywhere else or they are not as abundant in other islands of the Seychelles. We have many tourists who come here only to find the plants that are unique to the archipelago,” said Mariannick Bellanger, the co-manager of La Belle Tortue Lodge.

The presence of the Island Conservation Society (ICS), a non-governmental organisation on Silhouette since 2011, highlights the importance of this island for conservation of various species including a handful of the smallest bats in the world, the Sheath-tailed bats.

Through their vigilance and constant supervision, ICS keeps a close eye on other species including the sea turtle’s population, with regular supervision and monitoring.

Making the island self sufficient

Whilst the days of colonial coconut plantations and agriculture did bring prosperity to Silhouette, the modern caretakers had gone through great lengths to make the island self-sufficient through several projects.

Today, the island has its own electricity generators and its own UV water treatment system which feeds through to the whole island and is a means of collecting revenue for the IDC.

Furthermore, in the past few years, the company has planted a vegetable garden.

“In the last month, we have exceeded production of chilli for example, and even bananas, which we then export to Mahe,” Yvon Panagary told SNA with pride.

The harvests are sold at the local shop for IDC workers, which opens only twice a week. Although the shop is well stocked, the workers have a small quota to spend on a monthly basis which excludes commodities such as fresh fish, which caught on the reef of La Passe, and are given to them for free.

“We don’t need much here. Sometimes you need a sugary drink but otherwise the quota is enough for those who lives alone. The others with families get more,” says 31 year-old Litchard Cupidon.

The island is accessible by boat, and the journey by the old pirogue has been replaced by a small ferry that leaves the small jetty at La Passe three times a day to Bel Ombre, a northern district of Mahe.

The ferry also brings other basic amenities for the inhabitants and also ensures smooth operations for the hotels.

Although the island has seen many changes in the past five years, the villagers are still enjoying their quiet lives.

“I came years ago, I don’t even remember when, and I stayed,” says Derrick Onezime, a retired IDC worker, adding that he has gotten use to spending time in his garden of cassava and bananas.

“I love the island, our way of life…although now there are more people. We did not have that many transports before and we all knew each other but we expected things to change with the new hotel and it did,” acknowledges Onezime, scratching his head of silvery hair.

In the heat of the tropical island, a few children play safely on the main beach of La Passe which stretches over two kilometres, without supervision of their parents. Most of them commute daily to Mahe Island to attend school following the closure of their own on Silhouette three years ago as there are less than five children living there.

The simplicity of their life there, the natural wonders of the peaceful island, leaves the visitor to Silhouette, in awe of the third largest jewel in the Seychelles archipelago.