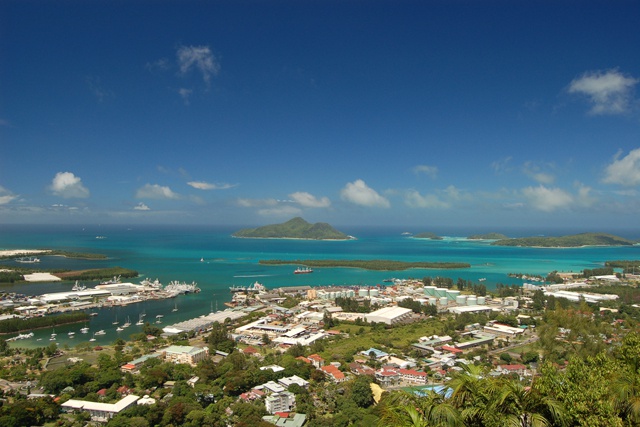 Seychelles, an Indian Ocean archipelago of 115 island is ranked 6th out of 54 African countries in the 2015 Ibrahim Index of (Gerard Larose, STB)

(Seychelles News Agency) - The 2015 Ibrahim Index of African Governance (IIAG) was released on Monday placing Seychelles in the 6th spot in the overall ranking, out of 54 African countries. This means the Indian Ocean island nation has slid one position compared to the 5th place ranking achieved in 2014.

The Indian Ocean island archipelago of 115 island with a population of around 93,000 people has scored 70.3 out of 100, which represents a deterioration of -1.1 points compared to the 2014 index ranking.

Seychelles features among the top ten performing countries alongside Lesotho, Senegal, Tunisia, Ghana, Namibia, South Africa, Botswana, Cabo Verde and the neighbouring Indian Ocean island of Mauritius leading in first place with a score of 79.9 out of 100.

However, the country has been identified as one of twenty-one countries in general and one of five countries ranked in the top ten that have deteriorated in overall governance performance since 2011.

“Although Seychelles has ranked within the top ten performers in every year since 2000, there are signs of weakness appearing in certain governance components. The country shows a decline of -0.8 score points since 2011,” states the report.

The index should reflect some improvement in the Participation & Human Rights category next year after new legislation is passed to replace the Public Order Act of 2013, which was declared by the Seychelles Constitutional Court in July this year as being unconstitutional in 18 of its sections and subsections.

The island nation recorded the most decline in the Safety & Rule of Law categories (-1.0 percent) and Participation & Human Rights (-5.2 percent).

Sustainable Economic Opportunity (+1.6 percent) and Human Development (+1.5 percent) on the other hand were the two categories where the most improvement was recorded.

In 2014, the Seychelles Ministry of Foreign Affairs, attributed lower scores recorded in some areas for example in the education indicator, to outdated or unavailable data in the national statistics system.

In a statement issued on Thursday, the ministry has again attributed the underperformed categories highlighted in the 2015 index to a “lack of data available on key indices from various international organisations.”

According to the statement, Joel Morgan, Seychelles Minister for Foreign Affairs and Transport, has addressed a letter to the Mo Ibrahim Foundation to query about some of the findings.

“We have the deepest respect for the valuable work and contribution made by the Mo Ibrahim Foundation towards the progress of not only Seychelles but also Africa as a whole in terms of upholding key democratic values and principles. However, clarity and transparency of the data used to assess Seychelles is of pivotal importance. With skewed data sets a real representation of the reality of Seychelles is not possible,” said Morgan in the statement.

An invitation has been extended for the Mo Ibrahim team to visit the Indian Ocean archipelago “to gain a true and transparent understanding” of the situation on the ground, an invitation which was also extended to the organization by the Seychelles President James Michel in 2013.

The Ibrahim index on African governance, which is published annually, was first created in 2007 by the Mo Ibrahim Foundation, set up in 2006 and led by leading Sudanese billionaire and philanthropist Mo Ibrahim, with the aim of helping African countries to measure and improve their performance.

In its statement issued on Monday, the Mo Ibrahim Foundation said the 2015 IIAG combines 93 indicators from 33 independent African and global data institutions.

Commenting on the general performance the Mo Ibrahim foundation said the 2015 index reveals “a shifting landscape” adding that governance progress in Africa “has stalled” over the last four years.

“While Africans overall are certainly healthier and live in more democratic societies than 15 years ago, the 2015 IIAG shows that recent progress in other key areas on the continent has either stalled or reversed, and that some key countries seem to be faltering. This is a warning sign for all of us. Only shared and sustained improvements across all areas of governance will deliver the future that Africans deserve and demand,” said the Foundation’s Chair Mo Ibrahim.

Côte d’Ivoire, Morocco, Rwanda, Senegal, Somalia and Zimbabwe are said to be the only six countries that have registered an improvement across each of the four categories evaluated.

This year's index also includes Sudan ranked 51st and South Sudan ranked 53rd for the first time with both countries ranked ahead of Somalia which lies at the bottom of the ranking table.