The race is on for the Seychelles presidential elections: Six candidates officially accepted 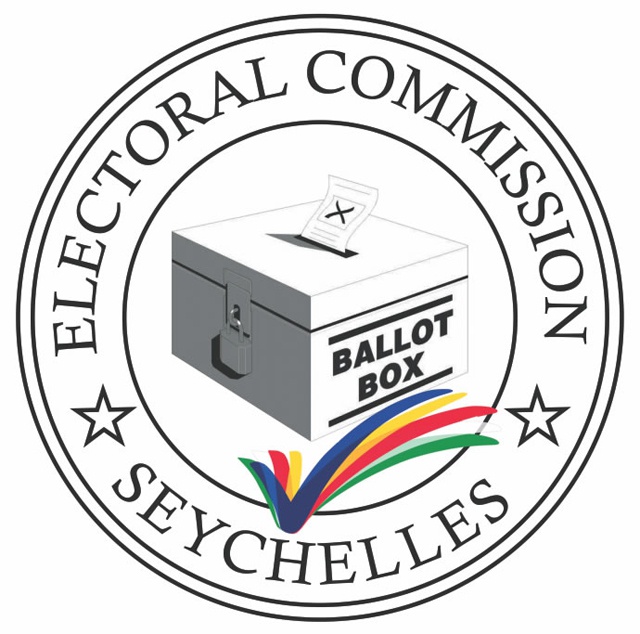 (Seychelles News Agency) - The campaign trail has started to heat up in Seychelles this evening after the island nation’s Electoral Commission validated the nomination of candidates who are officially presenting themselves to stand in the upcoming presidential elections.

The leaders of five political parties and one independent candidate presented their nomination documents to the Electoral Commission this morning, on Nomination Day.

The Electoral Commission had allocated specific time from 9am to 1pm local time for each aspiring presidential candidate together with their Vice Presidential candidate to present their nomination papers, a list of 500 supporters, their party symbol or colour adopted in the case of an independent candidate as well as proof that they had provided the sum of around $1160 (15,000 Seychelles rupees) as legal tender to support their nomination.

The leader of the ruling ‘Parti Lepep’ [The People’s Party] incumbent President James Michel was first to present his nomination documents accompanied by his Vice Presidential Candidate Danny Faure.

Speaking to the local press after going through the formalities Michel said he is seeking a third and final mandate as stipulated in the island nation’s constitution adding that he is confident that he will do well in the upcoming elections.

“My message to all voters is to exercise their rights in peace and in all liberty and I would also like to take this occasion to express my desire to see an election process that is peaceful and that in the end all political parties come to accept the results.”

Since the return of multiparty politics in the country in 1993, when a new Constitution was adopted giving rise to the third republic, the ruling Parti Lepep, has won every presidential elections in the first round with over 54% of the votes.

For the first time in the Seychelles political history a record number of six candidates is seeking to stand in a 2015 presidential election.

Patrick Pillay, 150 percent confident the nation has understood his message

One of the newcomers is the leader of ‘Lalyans Seselwa’ [the Seychellois Alliance], Patrick Pillay a former high-ranking figure within the Parti Lepep, having served in various ministerial and ambassadorial posts for over 20 years including as the island’s Minister for Foreign Affairs from 2005 to 2010 and Seychelles High Commissioner to the UK until 2012, when he retired.

“I believe that we should bring about a new way of doing things to ensure that every Seychellois can see their place in Seychelles…having a public service where their rights guaranteed by the Constitution is to the level that is acceptable for a modern country like the Seychelles…” said Pillay.

“I am 150 percent confident that the Seychellois people have understood our message and that they are ready for a change.”

Pillay will be standing in the upcoming election alongside Ahmed Afif as his Vice Presidential candidate.

The country needs a new breath of life – David Pierre

David Pierre who is the leader of the Popular Democratic Movement who is currently the Leader of the Opposition in the National Assembly will also be standing in his first presidential election together with his running mate Hervé Anthony.

Speaking to journalists after submitting his papers, Pierre said he believes “the country needs a new breath of life” adding that his manifesto highlights the problems Seychelles is facing and his proposed solutions to these problems.

“I have a clear message, firstly I am the youngest candidate in this election with more energy and I have the experience at both national and international level. So my message to the electorate is to choose a candidate they believe can bring Seychelles to the level that all Seychellois know we can possibly attain,” said Pierre.

“I believe that this change when it happens there needs to be peace and stability…I am personally calling for respect for all the other candidates and for the Seychellois people.”

The time is now, Wavel Ramkalawan

The ‘Seychelles National Party’ (SNP) is also among the five political parties fielding candidates with its leader Wavel Ramkalawan standing as the Presidential candidate together with Roger Mancienne as his running mate.

Ramkalwan garnered 41.3 percent of the vote in the last presidential election in 2011 and this will be his fourth time seeking to be elected at the helm of the island nation’s government.

“I am 54 years old so I am still young with plenty of energy…..we feel that things are deteriorating in the country and in politics the work is never done…we want to come forward with tangible ideas on how to pull the country out of its current situation,” said Ramkalawan adding that eliminating drugs is one of his top priority.

“SNP, we are saying “The time is now” and I believe the people of Seychelles are saying that after 38 years under the rule of a single political party it’s time for a change…. I’m calling on all Seychellois to be calm…as they decide on their future.”

My manifesto is about putting the Seychellois people first – Alexia Amesbury

The 2015 Presidential Election in Seychelles will also be seeing for the first time a female candidate.

Lawyer Alexia Amesbury, leader of the "Seychelles Party for Social Justice and Democracy" (SPSJD), a party which was formed earlier this year is partnering with Roy Fonseka as running mate for the upcoming polls.

“The term 'president' does not say it’s a man or a woman at the end of the day, the one who is more capable, the one with leadership qualities should be chosen to become president…My manifesto is about putting the Seychellois people first…My main resource is the people themselves and I am depending on them to bring about the change to have a credible government,” said Amesbury.

“I am very confident that I will win because as I have said I am standing here not only as Alexia Amesbury the presidential candidate but am standing here to represent the more than 50 percent of women [in Seychelles].”

Another lawyer seeking to contest the elections is Philippe Boullé who has indicated that he will participate in his fourth consecutive Seychelles presidential election as an independent candidate with Peter Roselie as his running mate.

Boullé is once again proposing a government of national unity.

“All indication show that the people of Seychelles are at this stage where they will be voting for a change and I have been encouraged to offer the people what I believe is the best for the country….I am coming back with the idea of a national unity government, the time has come to implement this,” said Boullé.

“We want to remove the current regime from power and when this happens there will be two steps. Firstly to do a clean-up of a lot of things that have been left behind…for example to clean up of politics that has infiltrated state institutions…the second step is to rebuild the nation and as it has been recognised in many countries…the strongest tool for this is a national unity government where all political parties are involved in the process.”

It was mainly the candidates' representatives who reported back to the Commission’s Headquarters at the National Cultural Centre in the Seychelles Capital of Victoria at 5pm local time where the Electoral Commission issued them with certificates confirming that all six candidacy had been officially accepted.

The representatives of the candidates as well as the Chairman of the Electoral Commission Hendrick Gappy have also signed a copy of the code of conduct that had already been discussed in advance that all political parties have agreed to abide to for the electoral process.

A certified copy of the voters register was also presented to each party which according to the Electoral Commission contains the names of 70, 943 eligible Seychellois voters.

“South Africa because we have direct flight. Ballot papers are sensitive documents and we prefer to have it on a direct flight where the loading on the plane and offloading will be supervised by the Electoral Commission and the candidates’ representatives,” Morin explained.

Now that the candidates have received the go ahead of the Electoral Commission that all is in order the official campaign, which will also see political parties putting up billboards across the country has started.

The candidates will also be having political programmes broadcast on the National Television, Seychelles Broadcasting Corporation SBC as well as on radio. Each candidates will have an opening programme of 13 minutes, three 26 minutes programme and a closing 13 minute campaign programme.

The Party Political Broadcast will start on Monday November 16 and the closing 13 minute programme of all six candidates will be aired on December 1, 2015.

The order in which the programmes would be aired was also decided this afternoon.

Campaigning for the upcoming Presidential elections will be allowed up to 24 hours before the election is set to begin on December 3, 2015.