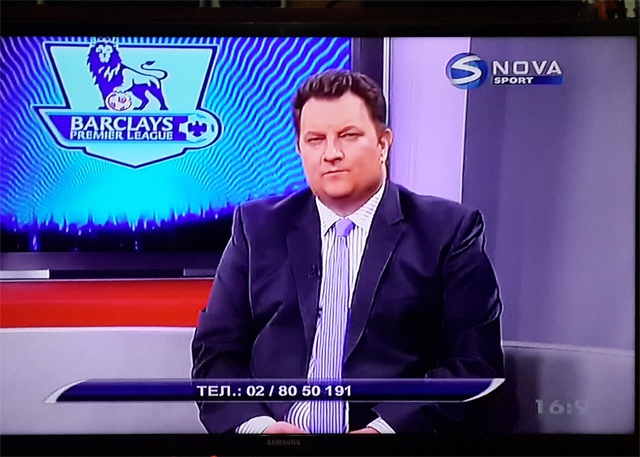 (Seychelles News Agency) - For ardent football fans, a blank screen where your match should be is the stuff nightmares are made of. And for subscribers of Seychelles’ only cable television service provider, Intelvision, the footy may not be broadcast the way it used to on Seychelles’ cable TV screens again for the foreseeable future.

Over the weekend, all the Multichoice Africa-owned DStv channels offered by Intelvision were cut off, including the much-loved Supersport, which holds exclusive rights to broadcast the bulk of premier sports content across Africa.

As a temporary measure, Intelvision has had to look to Russian and Eastern European alternatives to broadcast those all-important matches, but the language barrier has left many customers fuming.

According to an article published today in daily newspaper ‘Today in Seychelles’, Intelvision’s chairman, Mukesh Valabhji, confirmed in an interview with the paper that all Multichoice channels were being cut off to be replaced by “better quality channels”, citing complaints from subscribers about repeated shows.

Complaints, however, are not going to stop now that the channels have been cut off without adequate warning or replacements, and it looks like it could be some time before things go back to a semblance of normal.

It is to be noted that there is an ongoing court case involving Intelvision and South-African-owned Company Multichoice Africa.

The case was first brought in 2010 whereby Multichoice Africa asked for injunction to stop Intelvision from downlinking and transmitting Multichoice content after an agreement which allowed intelvision to do so had ended.

Speaking to SNA in a phone interview this afternoon, Multichoice Africa’s legal representative in Seychelles, Bernard Georges said the 2010 case was later abandoned after being adjourned several times only to be re-initiated in July 2013.

In November last year the South-African-owned company added another claim to its case before the Supreme Court asking for $24 million in unpaid revenue on top of previous demands for an injunction to prevent Intelvision from further downlinking and transmitting its content.

Georges told SNA that the case was heard last week whereby Intelvision asked for the case to be heard in South Africa rather than in Seychelles arguing that this this is what the agreement they had prior to 2010 stipulated in case there was a dispute.

“Supreme Court Judge Fiona Robinson will rule on July 07, 2014, on whether the case should continue in Seychelles or be moved to South Africa,” said Georges.

Commenting on the recent events Georges told SNA that he cannot confirm whether his client has blocked Intelvision’s access to its channels.

“What I can say as an observer is that in the meantime Multichoice has found a way of blocking. I know for a fact that over the years Multichoice has tried to block the access remotely from South Africa and have not been able to but now it looks like it has” he added.

Meanwhile, Intelvision has offered a one-week refund on the next billing cycle, but according to ‘Today in Seychelles’ even though Valabhji expects most of the channels to be replaced by the end of this week, he says outages and disruptions could be a reality until the end of May.

Whether the uncertain prognosis will lead to customers unsubscribing from the service remains to be seen.