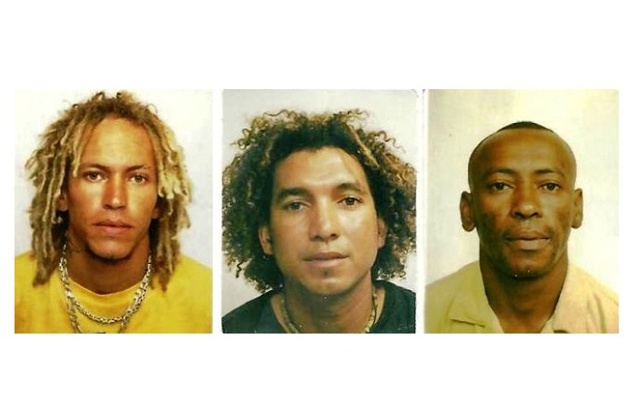 (Seychelles News Agency) - The Seychellois trio who were facing death row in Egypt, after being found guilty of drug trafficking, have had their sentence commuted to life imprisonment.

According to a statement issued by State House on Wednesday evening, the decision was taken by the Egyptian President, Abel Fattah El-Sisi, “as a result of intensive diplomatic representations at the highest levels.”

This followed their arrest on April 22, 2011 by Egyptian police aboard a boat near the Red Sea coastal town of Marsa Alam with three tonnes of cannabis on board.

Jean, Vinda and Loze, were together with the skipper and owner of the vessel, a British national identified as Charles Raymond Ferndale, who was also sentenced to death.

On October 15 last year, the Egyptian Court of Cessation rejected their appeal and upheld the death penalty.

The Seychelles government had been engaging with the Egyptian authorities for quite a while to find a way for the death sentence to be commuted to a less severe punishment of life in jail.

Seychelles is a not a country that applies the death penalty and the Indian Ocean archipelago is a strong advocate for the abolition of this practice worldwide.

“President James Michel has, in his direct appeals to his Egyptian counterpart on several occasions, played a strong and proactive role in ensuring the Seychellois in Egypt are spared the death sentence,” reads the State House statement issued on Wednesday.

“From the onset of the trial President Michel had tasked the Ministry of Foreign Affairs and Transport of the Republic of Seychelles to ensure that the Seychellois nationals are given legal assistance to defend themselves within the Egyptian judicial system, treated humanely and with dignity, facilitated contact between their family members as well as dispatching diplomats to Egypt on a regular basis to hold talks with their Egyptian counterparts and meet with the detainees.”

For the families of the three men since travelling to Egypt to see their loved ones on November 4 last year, they had been awaiting the outcome of negotiations between the governments of Egypt and Seychelles, on the fate of the three convicts.

Speaking to SNA, in a phone interview this morning, Nola Loze, the mother of Dean Loze, said she was given the latest news about the convicts’ situation by President Michel himself.

"I am very happy. I was informed yesterday while I was at work... I fell to my knees," said Loze.

The last time the lady who is from Anse Boileau, a district on the Western Coast of the Seychelles main island of Mahé had seen his son was in November last year.

Since that time she says that she has been receiving regular updates through a priest who is used to visiting inmates, at the prison where the three Seychellois nationals are being detained.

While the Egyptian President has allowed for the death sentences to be commuted to life imprisonment this does not mean the three Seychellois will be returning to Seychelles immediately.

According to the State House statement the island nation’s ambassador accredited to Egypt, Joseph Nourrice is in Cairo to discuss the next step with the Egyptian authorities.

Discussions will be focussing on a possible 'prisoner exchange agreement' to allow the three men to serve their life sentences in Seychelles.

It is to be noted that the Egyptian President Abdel Fattah El-Sisi issued a decree in November last year that would allow foreign prisoners in Egypt to be repatriated to their country of origin to serve their sentences.