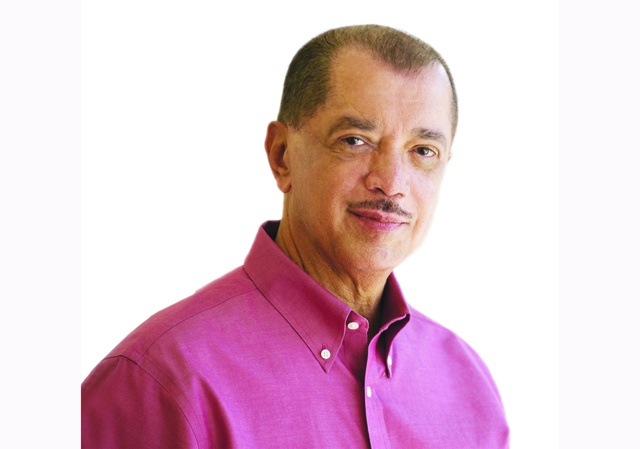 (Seychelles News Agency) - Only three days remain before eligible voters in Seychelles are called to choose a new president in elections that will be held from December 3 to 5, 2015.

71- year-old incumbent James Michel will be contesting the vote, bidding for his third and final mandate at the helm of the island nation’s government.

The Leader of the ruling ‘Parti Lepep’ [People’s Party] was the first to announce in February that he would be presenting his candidacy which was approved by his party in June this year.

This year will be the first time Seychellois voters will be choosing among a record number of six candidates including the first female presidential contender.

As the time draws near for the almost 71 thousand eligible voters to be called to the polls, SNA catches up with Michel as part of a series of interviews featuring the presidential candidates in no particular order.

James Michel talks about the way he sees the political landscape, his proposal to the Seychellois electorate as well as his expectations and prediction of the results.

SNA: This is your last presidential bid. What is your approach to this election?

JM: I remain serene. I am confident and determined to continue to serve my country the best I can. No mission is more exciting than serving one’s country.

SNA: What are you proposing this time round to the Seychellois electorate in your manifesto?

JM: I committed myself, and no one can ignore or deny this today, towards the progress of my country, towards democracy and good governance. The stage of development in which we find ourselves today is an eloquent indication, I would say even reassuring one, of the considerable progress our country has made.

I have always been clear in my choices for the well-being of Seychelles. We have achieved economic recovery, without jeopardizing our social model and I would like to continue along this same path. I wish of course to continue and accelerate the reforms undertaken. I will put all my efforts in consolidating peace, security, stability, national unity and sustainable development; pledging a peaceful future.

Everyone must assume their share of responsibility. We have to strengthen the confidence of the Seychellois people in their future. That is what our manifesto is all about.

SNA: What is your asset going into this election?

JM: My political experience and the trust that the people have placed in me. But particularly my records and our achievements, that speak for themselves.

SNA: Before the elections campaigns officially started, you have met many small businesses. Why is that?

JM: Employment growth, corporate social responsibility and the promotion of Seychellois entrepreneurship go hand in hand and are at the centre of our human development priorities.

To this end, we intend to strengthen the ability of the SMEs to invest by developing access to micro-credit facilities.

SNA: Why did you decide to stand again as a candidate and not let another party member to take over the leadership?

JM: I believe I have a responsibility to pursue the reforms already started. I believe the party has also realized that I still have this passion, energy and determination, besides the experience gained over the years of service to my country, to continue with the work already started. We have undoubtedly made significant strides in the development and modernization of our economy and democracy.

Do we need to take stock and look at the positive results that have been accomplished by my government? My party and the Seychellois people have put their trust in me. It is on the basis of this trust that I am asking, in the nation’s interest, to be given the opportunity to pursue the path to which we are committed. I firmly believe that we still have a lot to do to ensure the radiance our country deserves.

SNA: The arrival of Patrick Pillay, a former member of your government in this election ... can this be a hindrance for your candidacy?

JM: Not at all! I would like to emphasise however that a calm and united people, and trust are the key to all success. The candidates are my political opponents and not enemies. We need an opposition and a strong government to consolidate our achievements, but we need a credible opposition that is responsible and not vindictive, hateful, vengeful and intolerant.

SNA: In an interview with the Mauritian press at the beginning of this year you said that Seychelles has a weak and fragmented opposition. Since then new parties have emerged, and this is the first time there are so many candidates contesting an election in the island nation. Do you believe this is still the case?

JM:  Today, as in the past,  I am fighting for a shared vision, a vision that is focused on economic and human development, a vision focused on the transmission to the future generations of a heritage built on the concepts of mutual respect, humility, sharing, humanism.... However it is not up to me, as a candidate, to make value judgments about the political strategies of others. It is for the people to decide, through the ballot box, on the basis of our respective political agendas.

JM: It is always reassuring to see our citizens discussing and presenting their ideas, their opinions, but of course, when these debates are conducted with tolerance and respect for others.

We can say loudly and clearly that freedom of expression is vibrant in Seychelles, despite the fact that it often exceeds the limits of civility and respect.

But I trust that things will improve. To do this, we need learn to have debates exercising tolerance and mutual respect. We should also establish community networks for the strengthening of the existing civic education programmes, particularly in the schools.

SNA: As you are seeking for a 3rd and last mandate at the helm of the Seychelles government, is there something close to your heart that you would like to achieve?

JM:  What matters most to me - and will always be close to my heart - is the progress and well-being of the Seychellois people in a country where there is peace, stability, mutual respect and national unity.

SNA: What is your prediction for this election?

JM: I have no doubt about the outcome of this election. I have confidence in the maturity and wisdom of the Seychellois people. I will come out as the winner. As for my opponents, I would not venture into this kind of prognosis!

SNA: If there is a second round as many are envisioning will be the case this time round, with whom will ‘Parti Lepep’ [People’s Party] choose to align with?

JM: For me, the question does not even arise. Simply because there will be no second round.