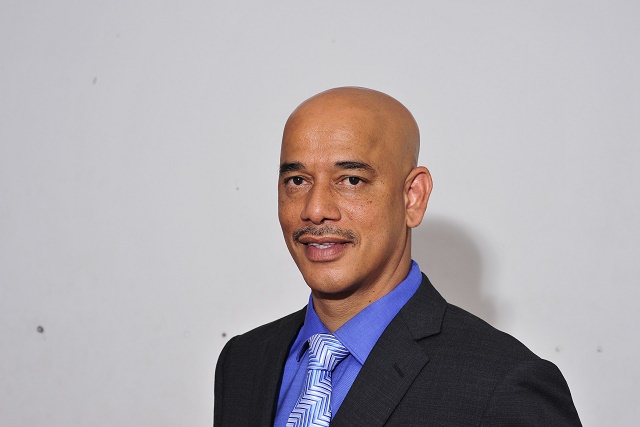 The leader of the Popular Democratic Movement, David Pierre. (PDM)

(Seychelles News Agency) - Eligible voters in Seychelles will be called to choose a new president in elections that will start on Thursday December 3 to Saturday December 5, 2015.

48-year-old David Pierre, the leader of the Popular Democratic Movement who is currently the Leader of the Opposition in the National Assembly, will be among the six candidates contesting the vote.

Pierre who formed his political party PDM in 2011 and a former member of the Seychelles National Party,  will be standing in his first presidential election.

This year will be the first time Seychellois voters will be choosing among a record number of six candidates including the first female presidential contender.

As the time draws near for the almost 71 thousand eligible voters to be called to the polls, SNA catches up with Pierre in the last of a series of interviews featuring the presidential candidates in no particular order.

The only candidate who has not been featured is the Independent candidate Philippe Boullé who has indicated that is not available for an interview due to his tight schedule.

David Pierre talks about the way he sees the political landscape, his proposal to the Seychellois electorate as well as his expectations and prediction of the results.

DP: First of all I feel proud and strong. Proud because I know that I am giving the Seychellois people an alternative they’ve never had before, in the history of the Third Republic.

I am giving the Seychellois people an option that will work, and I am giving them the possibility to bring about change in a peaceful manner, where there will be stability.

I am also giving them the opportunity to choose someone who will work for them and who sincerely believes in democracy and is ready to put in place democratic practices within a government that will respect these practices for the well-being of all Seychellois.

SNA: Why decide to present your candidacy for the elections?

DP: I am the youngest candidate, full of energy. If I win, I will be giving the Seychellois people a real possibility for continuity.

I believe in respect for others, I do not believe in insults, and I do not believe in ‘dirty politics’. I believe that every Seychellois have their own views and should be able to voice them out freely. This is what I am also proposing to the people of Seychelles, something that will bring about stability and do away with victimization.

I know that having decided on become a presidential candidate, I will definitely be criticized. But to me when the criticism is positive you take it and when it is negative you push it aside and move forward.

I feel that I am the best candidate; our manifesto addresses a lot of important issues. I actually feel that I am giving the Seychellois people the best opportunity to have a president who will give them what they deserve, and to have a president who will bring about change for all Seychellois, which I believe they have been seeking for many years.

SNA: What is it that are you proposing to the Seychellois electorate in your party’s manifesto?

Something new is what we call ‘A new politics’…PDM believes that the best resource a country possesses is the people…and there is no country that will be able to achieve its full potential if each person is not given the right opportunity.

In order to achieve this, we need a government that will understand and will be able to put into practice this ideology where we have real democracy, and where all the rights of the Seychellois people prescribed in the constitution are truly being respected…and there is no one who is above the law including those in high profile positions…meaning the president himself, his ministers, members of parliament etc.

SNA: What is the highlight in terms of proposal] of your Manifesto?

DP: The new way of doing politics is important…if we do not respect the rights of everyone, this will impact on the way every citizen is given the opportunity to participate in the country’s development...so for me this is extremely important.

If we have a good system in place, then we can obviously create more wealth for the Seychelles economy, and if you are a government that is ready to share the country’s wealth with the people in an equal manner, you will be able to fight efficiently against poverty that is reigning in Seychelles, you will be able to close this wide gap that exists between the rich and the poor.

For me these are things that we have to fight for and improve on if we really want to see a prosperous Seychelles and where this prosperity is shared equally among the population.

At the end of the day we are all Seychellois and we all deserve something from our country.

SNA: Can the multitude of candidates contesting the election this year be a hindrance to your candidacy?

DP: Firstly, to be honest…the fact that there are new choices, this will definitely have a bearing on the different political parties.

For example…the person who previously did not want to vote, maybe now has a choice…and if the person does vote this will mathematically have an effect on the percentage of all valid votes cast.

Secondly, different political parties are proposing different ideas, and maybe one person who was thinking about voting for a certain political party, with this new ideology that PDM [the Popular Democratic Movement] is proposing for example might instead decide to vote for PDM.

Therefore…it will be wrong and dishonest of me to say that it will not have any bearing, nevertheless this can be viewed either as something positive or negative.

SNA: Do you believe you stand a chance to win this election though against the other political parties?

DP: It is not easy to say at this point in time…which political party has more support than the other. However, what I know is that the people of Seychelles is being presented with a candidate who honestly and sincerely wants to achieve what he is actually proposing to do for the benefit of the population.

When I look at the presidency, I am not looking at the benefits that comes with it and fighting to become president because of that. For me the most important thing is the responsibility that goes with being the president of a country and how to go about discharging these responsibilities.

SNA: How have you followed the debates that have taken place for the first time on the social media?

However, what I am seeing today, for example on Facebook…as a leader, I feel hurt at times, because I do not believe that while people are free to express themselves that gives them the right to write something defamatory…I would like to think that people understand that it is not necessary to hurt the feelings of others using the social media to make personal attacks that are inappropriate.

I would be happy if there were civilized debates and discussions that make sense which people can find interesting and get to understand the point of view of the different political leaders. These debates should be educational, constructive and positive and should help us to move forward as a nation.

SNA: Will the results of the elections dictate your party’s future when it comes to the legislative election next year?

DP: Yes! As a leader, I will have to take the results into consideration in order to improve on any weaknesses and build on our strong points.

I would think that all the political parties especially PDM would take the results seriously and analyze the situation, to see where we can move forward in preparation for the national assembly election.

SNA: What is your prediction for this election?

DP: I believe the Seychellois people is an intelligent nation. I am saddened by the fact a lot of people have been influenced by money during the campaigning period, however I also believe that as a nation we can rise above the influence of money and make our individual analysis.

If this is done, then obviously PDM is the best political party out there, with the best ideology and the best candidate. So I think I deserve to win.

SNA: When confirming your candidacy for the elections you said that you are not in favor of forming any alliance for the moment. If there is a second round, what will be your decision?

DP: As a leader, if I decide to form an alliance then naturally my party would be represented in that government, and being the leader, logically there will be something for me as well.

But if I choose to do that, and I am not satisfied with the ideology and the way the country is being governed, then I will be ok, but my people will not be ok.

So, I sincerely believe that allowing each individual to be freely choose which direction they want to take will be better…If I was looking for personal gain it would be an easy decision but if I am thinking about my country then it becomes more complicated especially knowing full well the past behaviours of some of the opposition leaders.

PDM is a party, so the executive committee will discuss the possibilities, based on who goes into the second round, what they proposing, who are those leaders, are they trustworthy? These are all of the factors we would have to take into consideration and we will take a decision as a party.