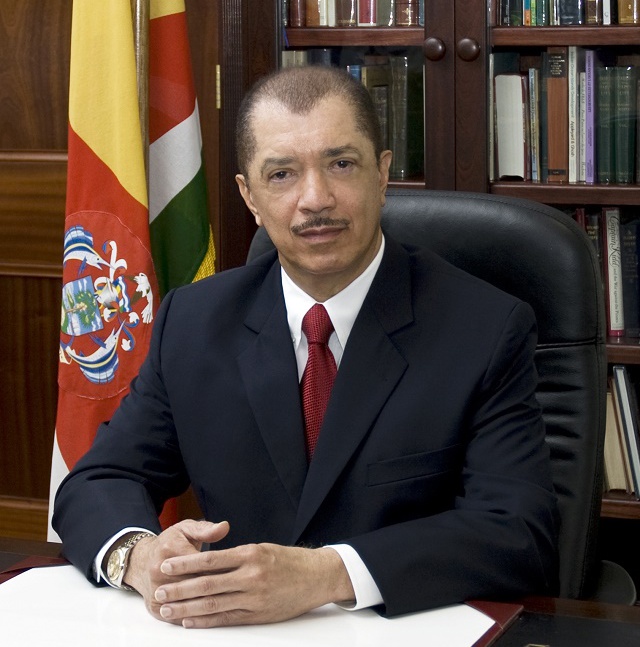 Kabore, a former banker and prime minister is the leader of the People's Movement for Progress.

He has become Burkina Faso’s first newly elected leader in three decades after securing an outright victory in the first round, winning 53.49 percent of the presidential contest.

The Seychellois Head of State says that by confiding him the task of leading the nation, the people of Burkina Faso, had paid fitting tribute to Kabore’s “rich experience and outstanding qualities.”

"The deep love you have nurtured towards your people, your political agenda and your charisma were also undoubtedly the determining factors for this choice," says Michel in a press statement issued by the Seychelles Ministry of Foreign Affairs and Transport this morning.

Michel has also assured Kabore of his willingness to strengthen “relations of friendship and cooperation between the two countries.”

The election in Burkina Faso last weekend was the first since last year's popular uprising which toppled longstanding President Blaise Compaore, who is now living in exile in Burkina Faso.

Kabore’s main rival in the contest, the former Economy and Finance Minister Zephirin Diabre, won 21.6% of the votes.

According to AFP, Burkina Faso is now awaiting the results of the parliamentary elections with the president elect “hoping for strong support for his pledge to bring a better tomorrow to the West African country.”

Blaise Compaore’s Congress for Democracy and Progress was barred from fielding a candidate in the presidential poll, but the party had several representatives standing in the parliamentary election.