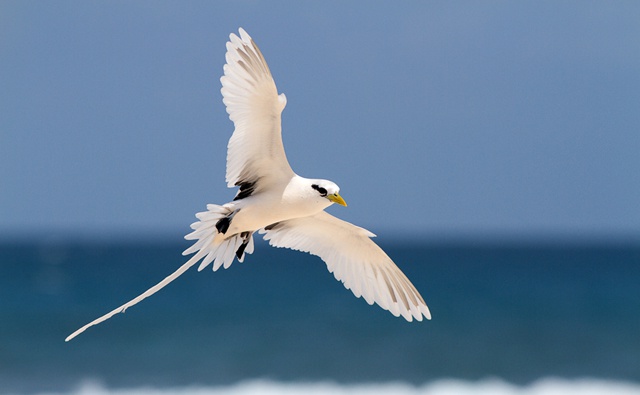 (Seychelles News Agency) - For an environmental group in the Seychelles islands, the clock is ticking to raise £25 thousand (about $42 thousand) for a solar power project on the nature reserve of Cousin Island in the Indian Ocean archipelago.

With little over £2,700 raised and the 16 May deadline looming, British smart metering company Utilita has stepped in to give Nature Seychelles and Climate Caring’s crowdfunded project a much-needed boost with a pledge of £10,000.

Utilita’s managing director, Bill Bullen, said his company, which uses a cartoon character of a polar bear as a company mascot, believes the solar project is of global importance.

“The use of modern technology to help consumers manage their energy consumption is central to what we deliver, and we always need to remember that there is only one environment that we all share. Who would have thought that polar bears would help rescue turtles?” he said.

Since 1998, Cousin has been managed by Nature Seychelles, who have developed eco-tourism on the island as well as various research and conservation projects on land and sea.

However, the diesel generator that is used to provide a few vital hours of electricity each day for the conservation officers living on the island is both costly to run and harmful to the environment, which is why Climate Caring’s Tim Kirkpatrick teamed up with Nature Seychelles to initiate the crowdfunding project, which aims to save around 8,000kg of CO² emissions annually.

Dr Nirmal Shah, Chief Executive of Nature Seychelles, says the money saved from replacing the diesel generator could instead be used to fund continued research, extra staffing, maintenance and much more.

"We are very grateful to Utilita for providing this big boost to the campaign," says Shah. "We call on other like-minded individuals, businesses and organizations to help us reach our target."

Cousin island is a small island off the coast of the Seychelles’ second largest island, Praslin. The island was used by colonial farmers as a coconut plantation, but was bought by the International Council for Bird Protection (now Birdlife International) in 1968 to save the endemic bird population of Seychelles Warblers from the brink of extinction. They removed the young coconut trees to allow the indigenous vegetation to flourish, and the island was declared a nature reserve in 1975.

The island nature reserve now boasts a wide variety of birdlife, including the Seychelles Warbler, brought back from only 26 birds to a thriving population of thousands. Aldabra giant tortoises also roam the island, and the sea surrounding the island is also a marine park, resplendent with fish, crustaceans and sea turtles.