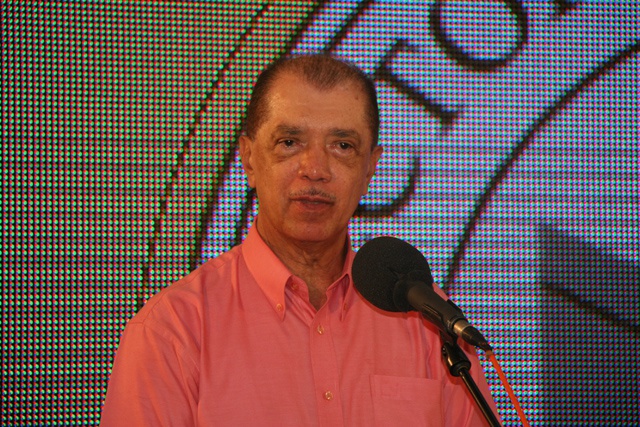 The Seychelles Electoral Commission has declared that James Michel is the winner of the Seychelles 2015 presidential election. (Rassin Vannier, Seychelles News Agency)

(Seychelles News Agency) - Results of one of the most ‘closely fought’ and ‘historic’ presidential election in Seychelles' history were made known in the early hours of this Saturday morning after three days of voting.

The island nation's incumbent President James Michel has secured a third and final mandate at the helm of the Indian Ocean archipelago's government winning 50.15 percent of the total votes cast.

Michel has won 31,512 of the votes while his opponent the Seychelles National Party leader Wavel Ramkalawan has won 31, 319 or 49.85 percent of the votes.

This means only 193 votes separate the two candidates who have contested the second round after coming out ahead in the first round. Michel won 47.76 percent and Ramkalawan 35.33 percent of the votes in the first round two weeks ago.

Announcing the much awaited results at the National Cultural Centre in Victoria, the Chairman of the Electoral Commission Hendrick Gappy called on all Seychelles citizens to “respect the results and to maintain a peaceful atmosphere.”

None of six candidates who contested the first round of voting from December 3 to 5, 2015 managed to secure 50 percent plus one votes required for an outright majority.

The announcement of the results was broadcast live on national television, the Seychelles Broadcasting Corporation, SBC.

“The election has tested the maturity of our democracy. We’ve had two rounds of voting, the first time we did not achieve 50 percent but now in the second round we have secured the 50 percent,” said Michel.

The president elect has also called for more unity and also asked that celebrations of his party’s victory in a motorcade to be held later this afternoon are done in a peaceful manner.

For his part, Ramkalawan has spoken of 'several irregularities' including 'complaints of money being handed out to voters' and ‘publications in some media’ which he said were not appropriate during the days leading up to the election.

“For these reasons and many others I would like to declare that we do not accept the results of the elections because we thought we were participating in an election but it turned out to be an auction,” said Ramkalawan describing the outcome of the vote as 'fifty-fifty'.

“We’ve already handed a letter to Mr Gappy as the chairman of the Electoral Commission, first of all asking for a recount of the votes…” he added while calling on the opposition supporters to remain calm and peaceful and to refrain from provocations.

Ramkalawan was being backed in the second round under the banner of ‘Union for Change’ by three other candidates who contested the first round of voting, Patrick Pillay, Alexcia Amesbury and Philipe Boule.