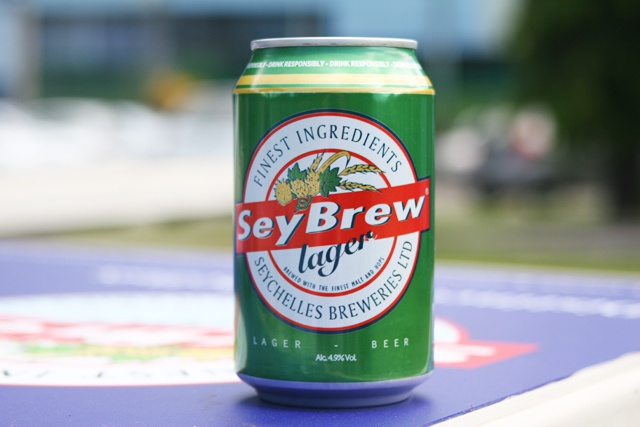 (Seychelles News Agency) - As of next week, Seychelles favourite brand of locally produced beer ‘Seybrew’ will be made available in 33cl cans.

“It’s the same beer that is produced in Seychelles. As you are already aware the company is currently working to modernize its beer production plant and to prevent a situation whereby we would run out of our beer stock, we have decided to import canned beer from Guinness Brewery in Ireland,” SBL’s managing director, Patricia Berthelot, has told SNA.

The proposed sale price by Seychelles Breweries for the canned Seybrew once it hits the market next week is around $ 2.6.

Canned beer in itself is not new to the 90,000 inhabitants of the Seychelles islands, as the bulk of imported beer to the Indian Ocean archipelago is in the form of cans. But it’s a first for locally produced beer that has always been sold from 28cl glass bottles, to be made available in cans.

“The arrival of the canned beers will allow us to see the reaction of the Seychellois consumers ….however we have thought about the possibility of providing canned beers for the local market on a permanent basis ..…we are also going to carry out a study to identify what type of investments would be needed in terms of the necessary equipment that will be needed to produce canned beers” added Berthelot.

In March SBL, which also produces another brand of beer, ‘the EKU’, announced the temporary closing of its beer production plant to modernize its ageing infrastructure.

The company’s Managing Director says they are observing the sales, as the stock of EKU produced to cater for more than two months of consumption has gone down faster than they had envisaged.

The brewery is expected to resume operation as planned at the end of May, as the ammonia leak incident that occurred last week has not affected the renovation work being carried out.