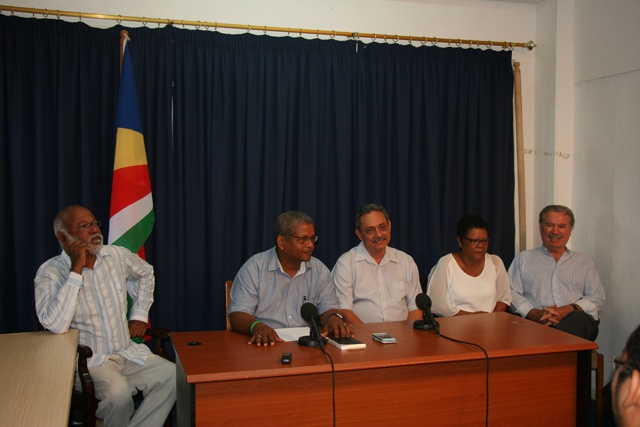 (Seychelles News Agency) - The Seychelles National Party (SNP), whose candidate lost last week's second-round presidential vote by fewer than 200 votes, has petitioned the court to ask for an annulment of the result.

SNP leader Wavel Ramkalawan, who lost the second round by 193 votes, said his party will "take all measures to be certain that this election respects the will of the Seychellois people."

Incumbent President James Michel was declared the winner of the vote with 50.15 percent of ballots cast. He was sworn into office for a third elected term on Sunday. Ramkalawan won 49.85 percent of the vote, the election commission said.

The SNP said in a meeting  Monday with other opposition leaders that a complaint would be submitted later Monday to the Constituional Court to ask for an annulment of the vote results, a recount and a third round of voting.

The SNP asked for an annulment of the results based on allegations of balloting irregularities in the districts of Anse Aux Pins, Cascade and Glacis on the main Seychelles island of Mahe.

Ramkalawan said that two ballot papers in Anse Aux Pins were done in blue pen instead of black marker. In Cascade he said that there was one more ballot cast than was on the register, and in Glacis one vote less.

The chairman of the Electoral Commission, Hendrick Gappy, said: “According to the Election Act any recount, question or review of the results of a presidential or any election has to be by way of a petition of the court."

Gappy added: ““We cannot touch the ballot boxes unless we get a ruling from the Constitutional Court.”

Michel on Sunday said that if anyone in the Seychelles had doubts about the veracity of the election outcome, they should take their concerns to the country's court system.

According to lawyer Alexcia Amesbury, the judiciary has decided to accelerate the affairs concerning the election.