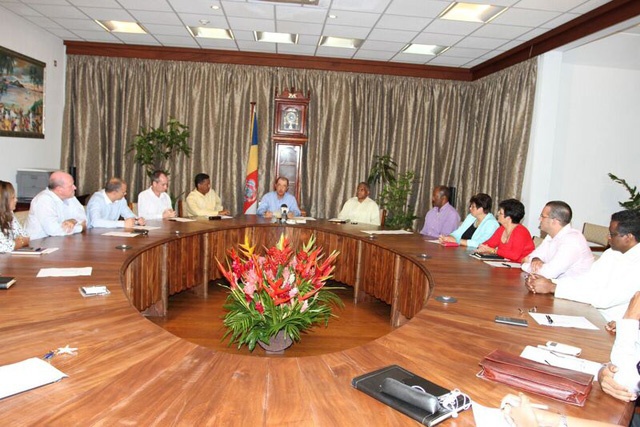 Michel won the second round of the presidential election last week with 50.15 percent of the vote. He was sworn into office Sunday for a third and final five-year mandate.

The new cabinet is composed of the same 12 ministers from Michel’s last term. Their renewed mandates were approved unanimously by the National Assembly Tuesday morning.

The National Assembly of the Seychelles, an island nation in the western Indian Ocean, called on the ministers to address urgent issues. The run-off election was closely contested with Michel winning by only 193 votes.

“I have understood the message that the people of Seychelles has sent that they are not satisfied with the quality of service delivered by the ministries and the public institutions,” Michel said in his address during the swearing in ceremony on Sunday.

The Seychelles head of state has asked all ministers to personally keep him up to date about their challenges and successes.

“I am not going to tolerate mediocrity, laziness or wastage in government. I will not tolerate the politicising of public functions,” Michel stated.

For his third and last mandate, the head of state has given himself 100 days to see the first results.

Michel, 71, has just begun serving his final five-year mandate, according to the Seychelles’ Constitution. He first became president in 2004 after stepping in for former President France Albert Rene. Michel won elections in 2006 and 2011.