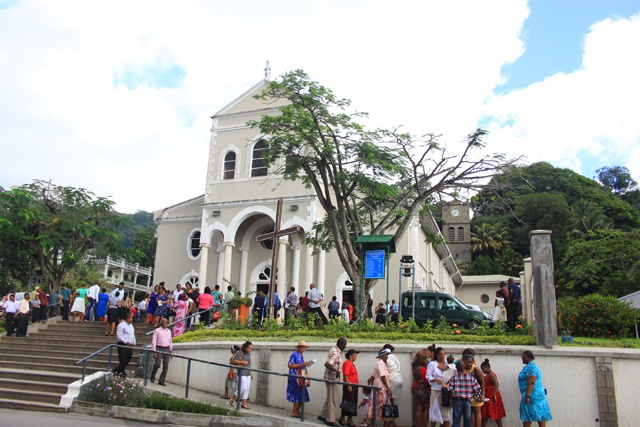 (Seychelles News Agency) - The Seychelles’ top religious leaders are preaching messages of peace and mercy to carry the country through the Christmas period.

Roman Catholics, Anglicans and other Christians attended services Thursday night and Friday morning all over the island nation in preparation for Christmas Day.

Both the bishop of the Anglican Diocese of Seychelles and the Roman Catholic bishop sent Christmas messages to the many believers in the country. More than 80 percent of Seychelles’ residents say they are Christian, according to national statistics.

The bishop of the Anglican Diocese of Seychelles, the Right Reverend James Wong, thanked residents for fulfilling their civic duties and casting ballots during the 2015 presidential election. Wong said that as the island nation celebrates Christmas, the end-of-year election period has created an atmosphere of frustration and uncertainty.

“Where can we find this peace?” Wong said is a common question being asked by many Seychellois citizens.

In his Christmas message, Wong wrote that peace for Seychelles and the world will be found only in the Christ of Christmas.

“But peace is not due until the Prince of Peace comes,” he wrote. “Let us not make the mistake of trying to find peace somewhere else. We will never find peace until, by trusting in the Prince of Peace, we allow Him to reign in our hearts. This is God’s remedy for all the problems of the heart. Nothing else and no one else can bring peace into the human heart.”

Wiehe reminded believers that God shows mercy to the whole of humanity by offering his life, love and continuously inviting us to change our heart.

Weihe recalled the morning when first-round election results were announced when one candidate publicly forgave all those who had insulted and sought to harm him during the campaign.

According to Wiehe’s message, there seem to be an overemphasis on justice in our society.

“Justice is important for our human condition, but even more important is mercifulness. Mercifulness is essential for human society to survive. Similarly there must be a balance between justice and mercifulness during this period after elections at every level of our relationships in our small society,” said Wiehe.

Through his message Wiehe said that revenge and hatred are the opposite of mercy. Having such feelings is “highly destructive of our health and may lead to harmful thoughts, words and action which we my later regret.”

It was rememberedthat Pope Francis initiated a Year of Mercy, the begining of which was celebrated on December 8.

On a final note, Wiehe said that “to show mercy is to accept love.”