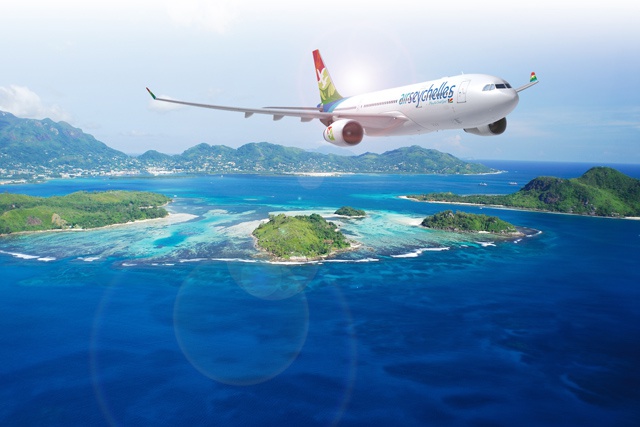 Air Seychelles will expand its regional flights to both Mumbai, India and Mauritius, two cities the airline already serves.

Currently Air Seychelles flies to Mumbai on Tuesdays, Wednesdays, Fridays and Saturdays. A new daily flight will be added on Thursdays as of late January. Air Seychelles currently flies to Mauritius on Tuesday, Fridays, Saturdays and Sundays. The new Thursday flights will begin in early February.

Air Seychelles, the national airline of the 115-island archipelago, is introducing the new flights to accommodate the growing traffic between the two regional centres and Seychelles.

The chairman of Air Seychelles, Joel Morgan, said the additional services means Seychelles is expanding as a regional hub.

“Since the launch of the nonstop services to Mumbai and Mauritius, Air Seychelles has continued to enhance its travel offering and build on its operation,” Morgan, who is also the Minister of Foreign Affairs and Transport, said in an announcement last week.

The company’s chief executive officer, Roy Kinnear, said the airline is delighted to be able to serve the increasing travel demands.

“Both Mauritius and India remain very important regional markets for Air Seychelles and we are committed to developing these routes and carrying a greater number of leisure travelers across our growing network,” he said.

The new services will be flown on an Airbus A320 aircraft and will provide an additional 544 return seats per week.

The number of visitors to Seychelles from India increased 198 percent in 2015 compared to 2014, according to numbers from the National Bureau of Statistics. The Mauritian market has increased by 13 percent in 2015.

Air Seychelles reached the half-a-million-passenger milestone this year through December 15, a 15 percent increase compared to the same period in 2014.

The Dar es Salaam, Tanzania flight will be shuffled from Wednesdays to Thursdays to accommodate the new flights. That change comes into effect as of January 28.