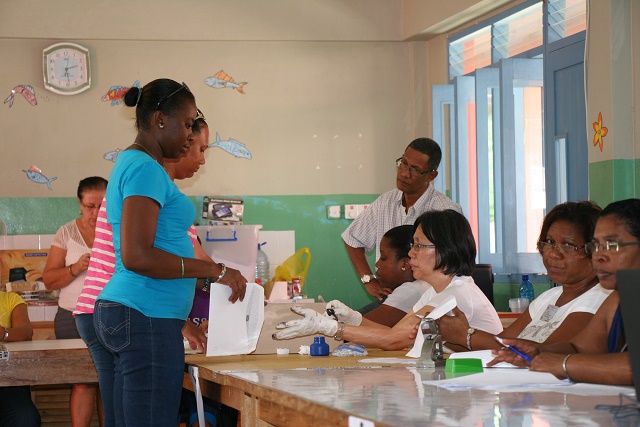 (Seychelles News Agency) - One of the two Seychellois observer missions that monitored the run-off of the presidential elections earlier this month said Tuesday that civic and voter education needs to improve.

The Citizenship Democracy Watch Seychelles (CDWS) said there is a need to improve voter education “to empower all eligible citizens to vote free from intimidation, threats, coercion and voter buying practices.”

Seychelles held the second round of the presidential election this month. Incumbent president James Michel won 50.15 percent of the vote, winning a third and final five-year mandate.

CDWS expressed concern over some incidents of violence, verbal and physical acts of provocation and intimidation during the short campaign period.

CDWS noted the fact that the Seychelles National Party (SNP) is contesting the result and is seeking recourse before the constitutional court.

“This also raised the question of constitutional provisions regarding the transitional process and to the legality of the swearing in ceremony,” CDWS said.

The Seychelles archipelago in the western Indian Ocean held its first ever second round presidential election December 16-18. None of the six candidates contesting the first round earlier in the month won more than 50 percent.

The CDWS analysis found that communication between election officials and voters should be improved so to avoid irregularities. The local observer mission commented again on the voters register, as it did after the first round.

“Provisions and practical arrangements should be made for advance registration of electorates who reach the minimum voting age on the set Election Day. Suspension of the registration period should occur as closely as possible to Election Day to provide greater and last opportunities to electors to register,” stated CDWS.

The organisation commended the Seychelles electoral commission for improving the voting process in the second round and thus reducing the wait time for voters.

CDWS said it will continue to observe the post-electoral process and will release a final report once legal processes have been completed.

Tuesday’s report did not say if the group found the election to be free and fair.