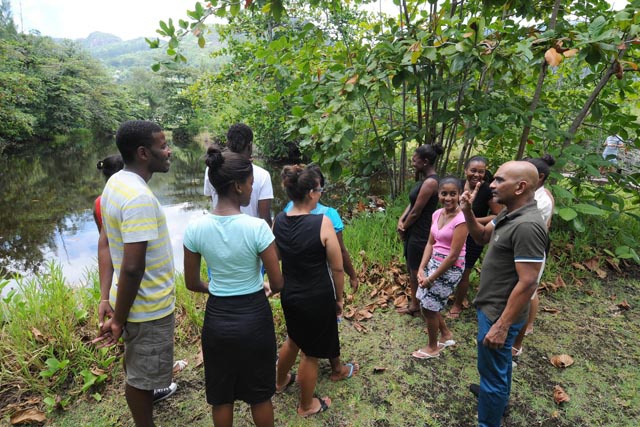 (Seychelles News Agency) - An environmentalist from Seychelles has received the highest award from the Western Indian Ocean Marine Science Association (WIOMSA) for the first time.

Seychellois environment expert Nirmal Jivan Shah was conferred the “Honorary Membership Award” in recognition for the exemplary marine science work he has been doing in the region for over a decade.

“It's a great honour because I have been working in marine science with WIOMSA for the last 15 years…. and have helped developed the careers of scientists in the region,” Shah said in an interview with SNA.

The award was announced at WIOMSA’s 9th Scientific Symposium in South Africa in October. Shah, who is the chief executive of the local non-profit organisation Nature Seychelles, received his award this week.

The honorary award is the highest WIOMSA issues to leaders in marine science who have devoted time and effort in mentoring junior marine scientists. Shah is the first Seychellois to receive the prestigious award.

Shah said the award is the recognition of the hard work he has been doing. He also gives credit to the joint efforts of his colleagues in East Africa and in the Indian Ocean in carrying out research in the region. Shah is a strong advocate for biodiversity conservation and sustainable development.

The Seychellois environmentalist believes the award means a lot not only to him but his country as well.

“With such a low capacity for research, to have a Seychellois recognized as a leader in marine science, I think it's good for the entire country,” said Shah, who is the chairman of the Seychelles National Environmental Advisory Council.

The Seychelles islands, an archipelago in the western Indian Ocean, have a population of 93,000 people.

As someone who holds the environment dear to his heart, Shah told SNA that he is very happy with the agreement by leaders at the Paris environmental conference Cop 21 to set a goal of limiting global warming to less than 2 degrees Celsius compared with pre-industrial levels.

He told SNA that he is also very pleased that the documents cater for the conservation of the environment.

“All my colleagues of the environment are happy that the language of the agreement contained specific references to the eco-system management, biodiversity and conservation,” he said.

As chief executive of Nature Seychelles, Shah has been instrumental in developing the Seychelles Blue Economy model. He helped set up the first large-scale coral reef restoration project in the Indian Ocean region in 2010.

Shah says as a recognized leader he is expected to work with more young people in marine conservation projects in future.