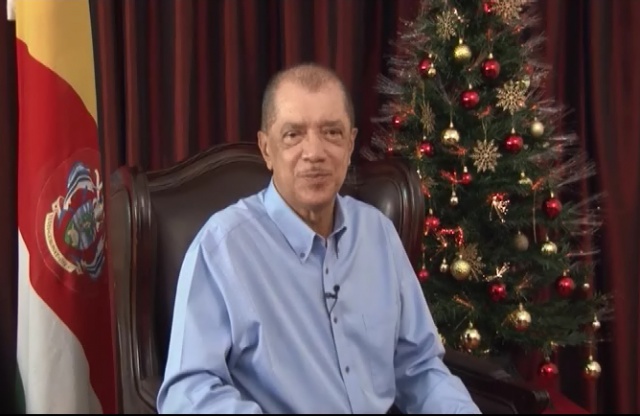 (Seychelles News Agency) - On the eve of another new year, the head of state is calling  on the people of Seychelles to remain united as a nation.

In his message for 2016, President James Michel said Thursday that although the Seychellois people have been through some intense moments during the recent election period, the new year offers an opportunity to increase efforts to build a better Seychelles.

The Seychelles islands in the western Indian Ocean went through two highly contested rounds in the presidential election in December. Michel won the second round with a 50.15 percent, earning a third and final five-year mandate.

The president added that: “This new year will be a powerful symbol bringing hope. Hope for a better Seychelles, a better future, more progress and more wellbeing for our people. A year where I will make fundamental and radical changes.”

Michel said more details on the changes that will take place will come out in his state of the nation address in 2016.

“As the leader of Seychelles, I consider it my role and responsibility to guide the people of Seychelles towards the new development stage of our country,” said the president.

He mentioned that one of the changes that will occur next year is a new style of governance, one in which government not only will listen but look at its people in a new light. A government that will work harder, and put in more effort to improve the living standard of the Seychellois people in 2016.

Michel re-affirmed his commitment to implement the changes in his first 100 days of his new term.

The Seychelles president is maintaining the theme ‘I Love Seychelles’ for 2016.

“It is a theme that evokes what we believe in, our values, our hopes, our unity as a people, our beautiful country, the harmony of our people. It evokes our feelings of patriotism for our people and our progress,” explained Michel.

He concluded his message by wishing all Seychelles here and abroad and all residents and visitors in the islands a happy and prosperous New Year 2016.