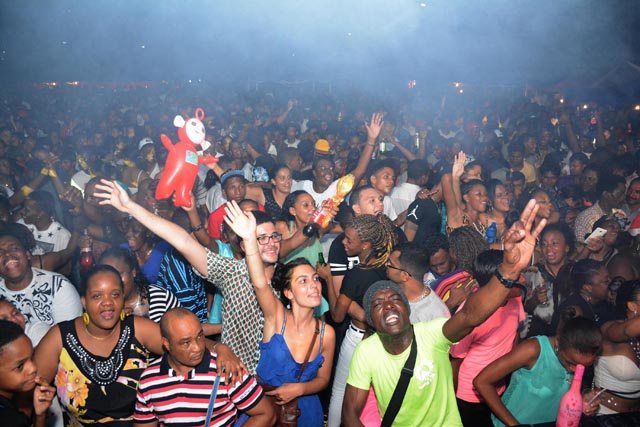 (Seychelles News Agency) - In Australia they gather at the Sydney Habour. In Britain they meet at Trafalgar Square. In New York the place to be is Times Square.

In Seychelles, several thousand island residents and visitors came together at the Place de la Republique at the Stade Popiler for the third annual New Year’s Eve street party.

The number “Lannen I Ale” — which means “there goes the year” — from well known singer George Payet resonated across Victoria as the crowd sang and danced along. A long list of local entertainers helped bring in the New Year in Victoria, the capital of Seychelles, a group of islands in the western Indian Ocean. These included musical group ‘Tanmi’ Musical together with other much loved local musicians Allen  Camille, John Wirtz and Patrick Victor.

“Those who wanted to celebrate together met in Victoria,” said Basil Bouchereau, owner of Kasamba Production, which helped put on the new year party.

SNA met with a few people in the capital who shared their reflections on 2015 and their resolutions for 2016.

“2015 was a good year generally. I achieved all the objectives I had set, but there were ups and downs and that’s normal,” said Maggie, a resident who gave only her first name. “For 2016, I will try to be more cautious with how much I spend.”

Gerry Malvina told SNA that 2015 was generally a difficult year for him and his hopes are that 2016 is more prosperous.