Charcoal maker: A dying profession in the Seychelles 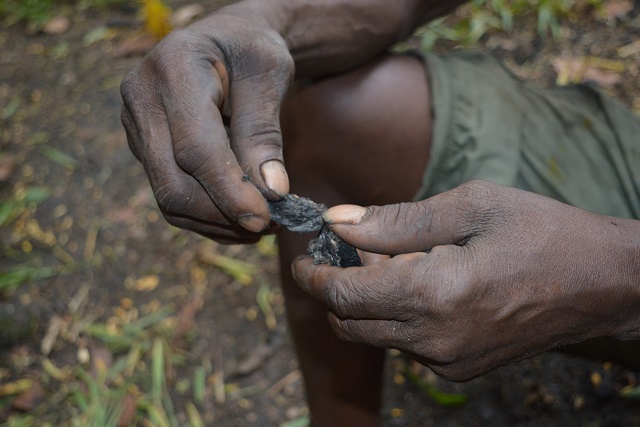 The finished product of local made charcoal. ( Seychelles News Agency)

(Seychelles News Agency) - Once considered “black gold” in the industrial world, the tradition of making charcoal is becoming a thing of the past in Seychelles.

Though demand from restaurants and hotels for charcoal is increasing, much of that charcoal is being imported.

James Jean is one of the few active producers in this island nation in the western Indian Ocean. The 64-year-old spends his days turning wood into chunks of black charcoal at his burning site in the hills of Sans Soucis, which overlooks the capital, Victoria.

“When I was a child, there were charcoal traders everywhere, but now I can count on my hands the few that are still doing it for a living,” said Jean.

Most traders are elderly, said Jean, who laments the fact that a long-practiced career may be dying out. Few young people do it, he noted.

“It is a career path that needs to be taught and passed on to the next generations or else locally made charcoal will soon be something of the past,” Jean said.

Why is the charcoal trade dying? Tony Imaduwa, chief executive of the Seychelles Energy Commission, noted that people in Seychelles once used a lot of charcoal and kerosene, but that the government began encouraging the use of LPG gas, which is now more commonly used.

“Charcoal has been relegated to only recreational activities. This has affected the suppliers locally. Also the price charcoal or brickets which are imported are now more competitive and people say it also lasts longer than the traditional ones,” Imaduwa said.

Still, Jean pushes ahead. In the heart of the forest of Mahe, the most populated island of Seychelles, Jean burns his furnace of layered wood, grass and dirt.

“After 24 hours if it does not rain too much, I can collect a few sacks of charcoals,” said Jean.

Jean says that despite the increased use of gas on the island, he can still make a good profit from his trade.

Alain de Comarmond, the principle secretary for the environment at the Ministry of Environment, Energy and Climate Change said that residents sometimes complain about smoke from the making of charcoal, but that otherwise the government has no issue with the making of charcoal as long as its produced in its legally designated place.

John Quilindo, an official in the government’s forestry section of the environment department, said there are only three active charcoal producers in the country, two at Sans Souci and one in La Gogue, both on the island of Mahe.

“We do not get any problems with them, except in the dry season we impose strict controls even when they have a permit, ,” Quilindo said.