Seychelles' top court to give priority to presidential vote petition 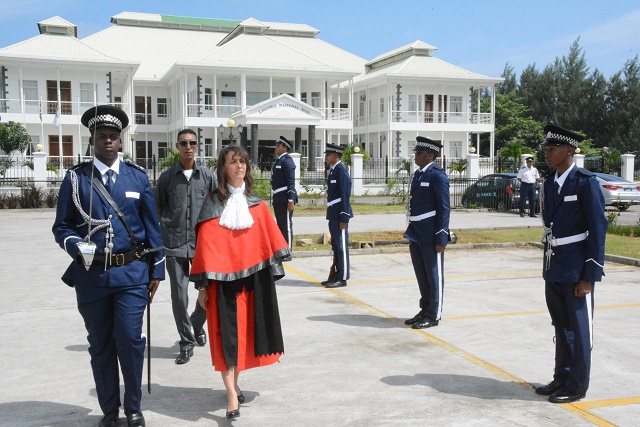 Priority will be given to opposition's petition. ( Patrick Joubert, Seychelles News Agency)

(Seychelles News Agency) - The Seychelles Supreme Court on Monday opened its term for 2016 and plans to immediately focus on the opposition petition contesting December's presidential election.

The Seychelles National Party is contesting the victory of President James Michel in the December two-man run-off.

All constitutional cases will be dealt with by the chief judge, who will select the judges for the panel of three.

"We are going to propose this week a date for the case," said Chief Justice Mathilda Twomey. "This case will be treated as a top priority."

Twomey said the case may take several weeks given the many accusations and witnesses who will be called by lawyers of both camps.

The chief justice has estimated that the case will take several months; not less than three months or even more, to reach a verdict.

"This is a very important case and I as the chief justice need to be one of the judges," said Twomey.

She said that justices will remain impartial in the case and that it's not the media nor Facebook that will make the judgement, but the court.

This is the second time that the opposition is contesting the results of the presidential elections. The first was in 2001 against President France Albert Rene, but the justices said there was no case to answer.

On December 18, the electoral commissioner declared Michel winner of the second round with 50.15 percent. The commission said Wavel Ramkalawan got 49.85 percent. Only 193 votes separated the two candidates.

It was the first time in Seychelles that a presidential went to a run-off. The party in power has always won the election with over 54 percent since the introduction of a multi-party democracy.

Ramkalawan has asked for a recount of the votes, saying there were irregularities and that no candidates won more than 50 percent.

Michel was sworn in on December 20, a day after the results were announced as the Seychelles Constitution states.

Michel was re-elected for a third and final five-year mandate. He has been in power since 2004