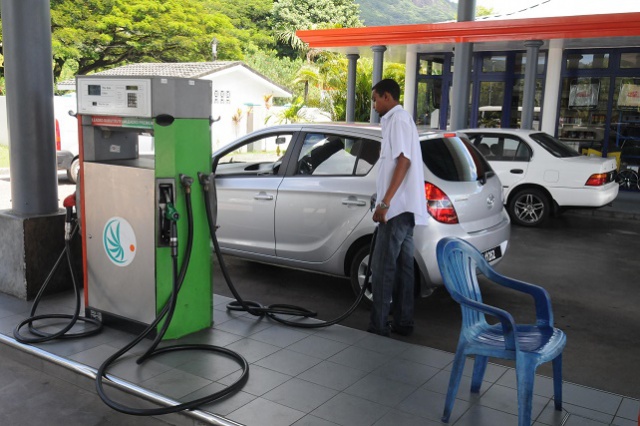 Motorists in Seychelles will benefit as fuel price is expected to go down. ( Louis Toussaint, Seychelles News Agency)

(Seychelles News Agency) - The price of crude oil has dropped considerably this past week on global markets, a development that could eventually impact fuel prices in Seychelles, an expert said Thursday.

Brent crude oil fell below $30 a barrel on Wednesday, reaching its lowest price in the last 12 years, according to the news agency AFP.

Oil prices have seen a huge drop over the last two years from more than $100 a barrel. This may be good news for motorists in Seychelles.

“We expect fuel prices at the petrol pumps to drop in the coming weeks in relation to what has been experienced over the last six to eight weeks,” Conrad Benoiton, the managing director of the Seychelles Petroleum Company, told SNA on Thursday.

SNA spoke to a driver who asked that his name not be used. “Yes it is true that the price went down late last year, but since the beginning of the year we haven't seen any difference. On television we see that the price of oil has most recently been going down, but when do we see this change in Seychelles? Every six months?”

Benoiton confirmed that a decrease in prices of crude oil internationally does not mean prices will drop in the same way in Seychelles.

It takes about two months for the crude oil to go through refineries and final product transported to the island nation. Current petrol prices at the pump reflect what crude oil prices were six weeks ago, he said.

Seychelles’ fuel requirements are supplied every six weeks by tankers.

AFP says the drop in world prices comes after excess stockpiling of crude oil, whereas demand has gone down. There are also concerns over the weakening of the Chinese economy as China is a top oil consumer.

Analysts say that prices are expected to decrease further when Iran’s crude reaches the market following the removal of sanctions.

Iran was sanctioned in 2006 following a UN Security Council resolution after the country refused to stop its uranium enrichment programme.