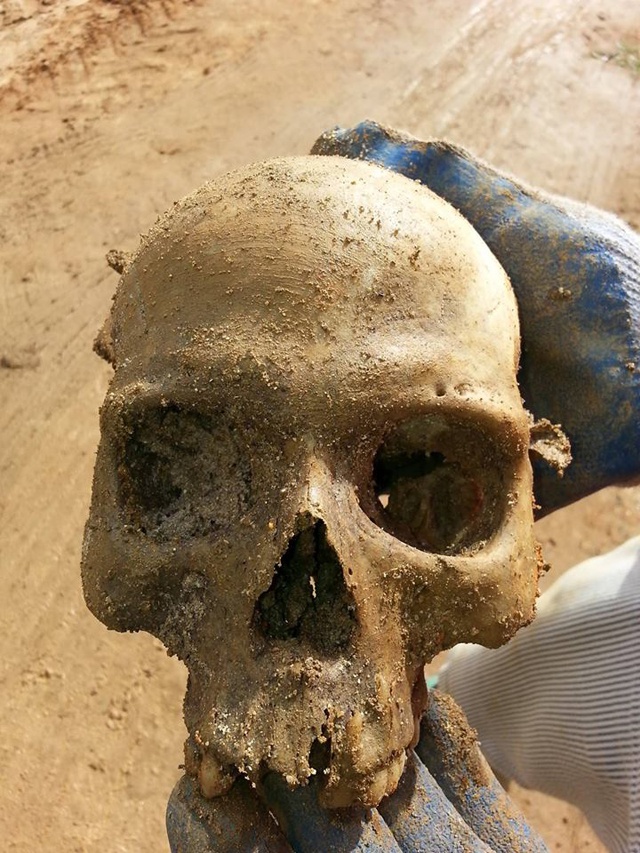 The photo of the unidentified skull was widely circulated on social media in Seychelles when it was first discovered in May 2015.  (Seychelles News Agency)

(Seychelles News Agency) - A skull found at a construction site near the Beau Vallon beach on the main Seychelles' island of Mahe was that of a male aged 35 to 40 years, a scientific analysis has concluded.

A statement from the police says the skull was sent to a lab in Mauritius where officials compared DNA samples given by four families. None of the families' DNA matched that taken from the skull, the analysis -- released this week -- found. The four families were notified.

The analysis found that no fracture had been identified on the skull. It said the skull appeared to have been in the ground for more than a year.

The skull was found last May by employees of a company contracted to landscape the grounds around a hotel being built, the H Hotel at Bel Ombre, a village on the northeastern coast of Mahe.

General » Be a reporter: Write and send your article » Subscribe for news alert
Tags: skull, police