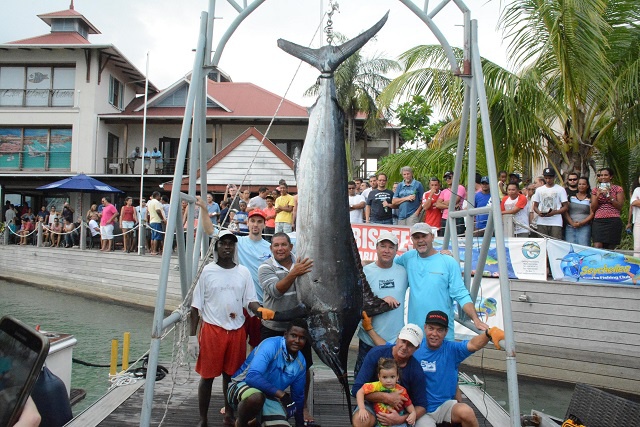 The team led by the Hoareau brothers landed the biggest Marlin, which weighed 179.9 kg and won the first prize of almost $31,000. Saturday’s competition was sponsored by Oceana Fisheries and Seychelles Sports Fishing Club .

“It’s not about the money, it’s about the pride. We wanted to win because last year we did not catch any Marlin but we won the competition with the biggest tuna, so we started this year on a good note with 100 points in the league which is fantastic,” Marc Hoareau, captain of Island Star, told media on Sunday.

Hoareau explained that his crew did the opposite of what everyone else was doing by going in the opposite direction. This is how they caught the prized Marlin.

“We are joyful today because it was a team effort. I always say that when we go fishing we do it as a team. When we win we win as a team and when we lose as well we congratulate the other team. We were the best team today. We were lucky and of course we are happy,” said a proud Hoareau.

Seychelles is an archipelago of 115 islands in the western Indian Ocean. An exclusive economic zone of 1.3 million square kilometres of ocean provides the islands with not only rich but diverse fishing grounds popular with locals and visitors.

The crew of each boat persevered through the rain and rough seas and four boats caught a Marlin. The previous two competitions didn’t see any Marlines caught.