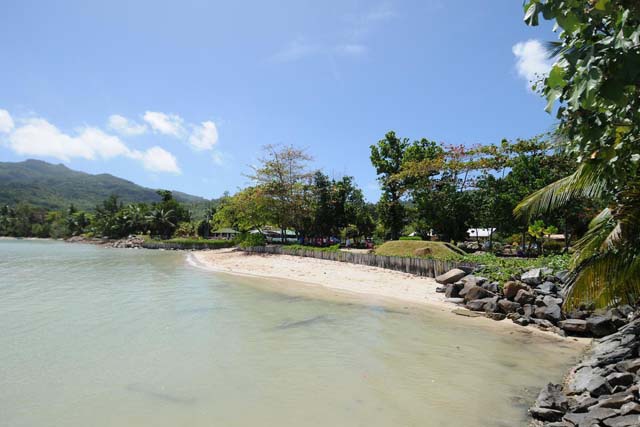 The money is the first installment of a $5 million grant that several organizations will be giving the small island state in February that will be used to help with biotechnology and the fisheries industry.

The Seychelles minister for environment, Didier Dogley, told SNA the government is also receiving assistance from the U.S. environmental organization The Nature Conservancy.

“A number of them together with Leonardo DiCaprio have agreed to give Seychelles $5 million. This year in Davos he revealed the fact that he had pledged $1 million to help Seychelles,” said Dogley.

DiCaprio, while speaking at the World Economic Forum in Davos, Switzerland, last month, mentioned the project he is backing in Seychelles, a collection of 115 islands that depends on the ocean to attract tourists and for the fishing industry.

“And in our seas, we have partnered with Google and funded the Global Fishing Watch, which is a revolutionary new platform that will actively monitor and ultimately help end the destructive practices of over-fishing,” DiCaprio said.

“Additionally we are backing an effort to protect the size of Nebraska in the Indian Ocean off the coast of the Seychelles islands, which is home to vital marine species,” the former “Titanic” actor added.

The $5 million will go to the Seychelles Conservation and Climate Change Adaptation trust and is part of the Seychelles debt swap initiative supported by the Paris Club, Dogley said.The initiative allows Seychelles to swap part of its debt for climate adaptation projects.

Dogley said the government hopes that $4 million will enter the fund yearly to be used to finance projects in Seychelles.

“The government is looking at sustainable fisheries. We will also be looking on how we will step up on conservation of certain areas. Biotechnology is another area that we need to look at,” said Dogley.

Another celebrity concerned with the state of the environment, Ted Waitt, founder and chairman of the Waitt Foundation, also contributed to the Seychelles climate change trust last year. Waitt, who is the largest donor for the National Geographic Society, visited the island nation in 2015.

Dogley said the Seychelles’ debt swap initiative is getting a positive response and about 10 countries are setting up their own programmes.