Extinct? Endangered? A new assessment for a Seychelles’ cricket 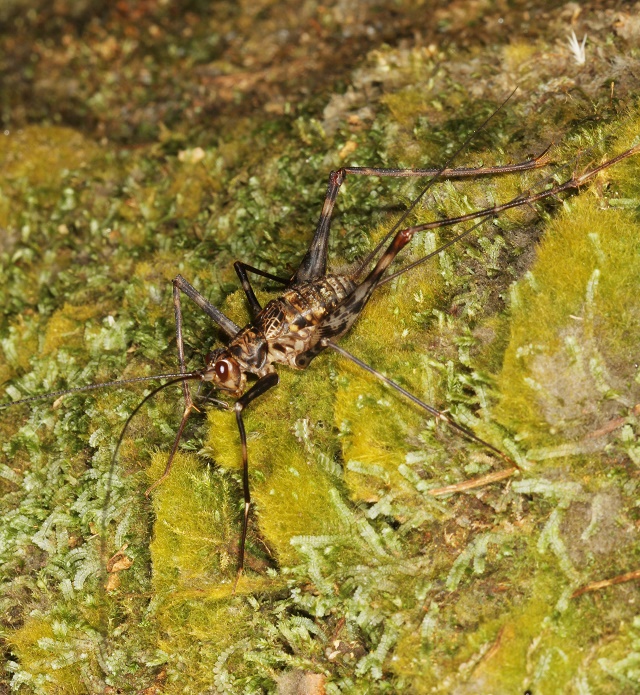 Believed to be extinct, the Mahe Boulder Cricket (Phalangacris alluaudi) was re-discovered last year creating an impetus into further research for the species. (Lucy Neumann)

(Seychelles News Agency) - Listed as critically endangered and possibly extinct for more than 100 years, a cricket in Seychelles could be looking at a new lease on life as a detailed assessment of its population is planned for this year.

A photo of the brownish coloured cricket found under a boulder, hence its name Mahe Boulder Cricket (Phalangacris alluaudi), was taken in 2014 by two students from Trier University in Germany.

Dominik Schwab and Lucy Neumann took the photo during their expedition in the forest of the Morne Seychellois National Park on the main island, Mahe. Not seen since 1909, the cricket is listed as critically endangered and possibly extinct by the International Union for Conservation of Nature, IUCN.

Axel Hochkirch, co-chair of the IUCN’s Grasshopper Specialist Group, said he expects to receive funding from the Mohamed bin Zayed Species Conservation Fund this year to study the population size and ecology of the Mahe Boulder Cricket.

“We have no idea how many individuals exist in total. Insect populations can be quite large in a small area,” said Hochkirch. “The problem with many insect populations is that [they are found in] small areas which can rapidly be destroyed by humans, so that even a large population can disappear rapidly.”

Seychellois entomologist Pat Matyot, author of a 1998 review of the order of insects called orthopteroids, said he thought he has occasionally sighted the rare cricket but that it’s hard to be certain.

“Personally I have never thought of the boulder cricket as possibly extinct, but I certainly agree that it is endangered because of the destruction of granite boulders for so-called development,” says Matyot.

Matyot added that other factors are also contributing to the disappearance of the species: the continual encroachment of invasive plant species, the threat posed by invasive ants, and the over-use of pesticides that poison the environment and kill even non-target species.

The re-discovery in 2014 of the boulder cricket has created an impetus for more study on the species found only on Mahe, the most populated island of Seychelles, an archipelago in the western Indian Ocean.

The assessment by Hochkirch’s team will look at the different threats that may quicken the pace at which these small clusters of population disappear such as changes in their habitat, invasive plants such as clidermia hirtha and insectivorous species such as tenrec.

The assessment will also expand to another endangered species, the Seychelles Forest Grasshopper (Amphinotus nymphula).

“Every single species on Earth has a right to exist and each extinction event makes me sad,” said Hochkirch. “We don’t know where any of these species is ‘good for’, but we know that it survived and evolved for millions of years and adapted perfectly to its habitat.”

The IUCN specialist group intends to publish a field guide to identifying different species of Orthoptera -- the order of insects that includes grasshoppers and crickets -- of the inner islands of Seychelles to provide guidance to local conservationists. Matyot said the book will be “a valuable identification and education tool.”

The Trier University students, he added, are doing “a fantastic job attracting attention to our unique but neglected orthopteroids.”