Pirates Arms Building to be demolished, rebuilt in Seychelles’ capital 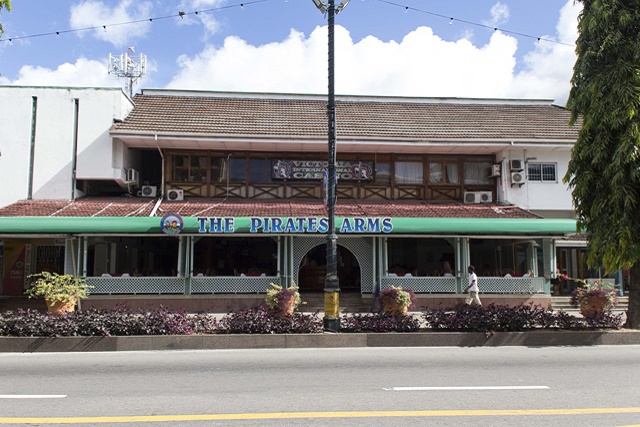 A view of the restaurant "The Pirates Arms". A famous rendezvous point in the heart of Victoria.   ( Salifa Magnan, Seychelles News Agency)

(Seychelles News Agency) - Demolition and reconstruction work on one of Seychelles’ landmarks will begin later this year, giving way to a modern complex, the Seychelles Pension Fund has said.

The Pirates Arms Building in the centre of Victoria on Independence Avenue will be demolished in March, the fund said Tuesday. Reconstruction work will begin in August and is expected to take three years.

The building is being redeveloped because of the high maintenance cost of repairs on the old building, the statement said.

Once completed, the $30.8 million project will accommodate shops and restaurants on the ground floor, with offices and other businesses on the four other floors with a multi-storey car park at the back.

In Seychelles, a group of 115 islands in the western Indian Ocean, The Pirates Arms building is well known among locals and visitors for its restaurant serving popular Creole dishes. It also has an array of shops and offices.

For over 60 years the establishment has been the rendezvous point for many and a place to hang out with friends in the heart of the Seychelles’ capital, Victoria.

Seychellois historian Julien Durup wrote in a letter to the editor of ‘Today in Seychelles’ newspaper in February 2015 that the site previously housed the head office of the Superintendent of Public Works, Major Harold Kenworthy, in 1929.

Durup said in his letter that a two-story hotel, ‘The Empire Hotel’, was built in 1938 where the Head Office stood and later named ‘The Pirates Arms’ in 1951.

Tenants of The Pirates Arms Building are aware of the plans for redevelopment and have been given until February 29 to vacate the premises. The tenants will be given the priority when the new building is placed on tender.