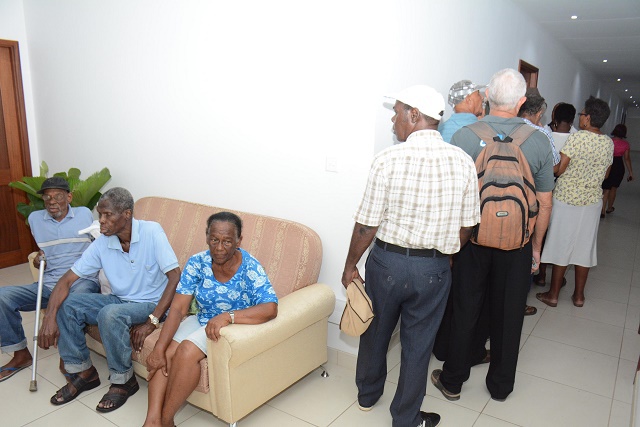 (Seychelles News Agency) - Seychellois who worked in the British Royal Fleet Auxiliary during the colonial period will be compensated starting Wednesday, as was announced by Seychelles’ finance minister in the December 2016 budget address.

The 202 registered Seychellois men who helped provide support to the Royal Navy via the civilian-manned Royal Fleet Auxiliary started receiving a one-time $1,540 payment each from the government of Seychelles.

For members who have passed away, their spouses and siblings will receive the compensation.

“What the government has given us is a gift. It will not stop us from seeking compensation from the British because they made a commitment to give us compensation and a pension of $462 per month,” Ericson Joseph, 73, told SNA.

The Seychelles Nation newspaper quoted Minister of Finance Jean-Paul Adam as saying that following negotiations with the association of the registered members, the Seychelles’ government decided to effect an ex-gratia payment as a reflection of appreciation.

The government of Seychelles took the decision because the Seychellois members of the Royal Fleet Auxiliary, although working for Great Britain at that time, have not received any compensation so far even after lodging a case, Adam told the paper.

Another former member of the auxiliary, Elric Fred, 73 said: “I won’t say I am satisfied or not satisfied with what our government has given us but we have been fighting our case for 15 years with the British and we deserve to get our compensation.”

The argument the British government makes is that members did not submit contract documents when they made their case and documentations like log books are not accepted.

In 2012 the president of the Seychelles, James Michel, also forwarded the case to the British government during his official visit to the UK.