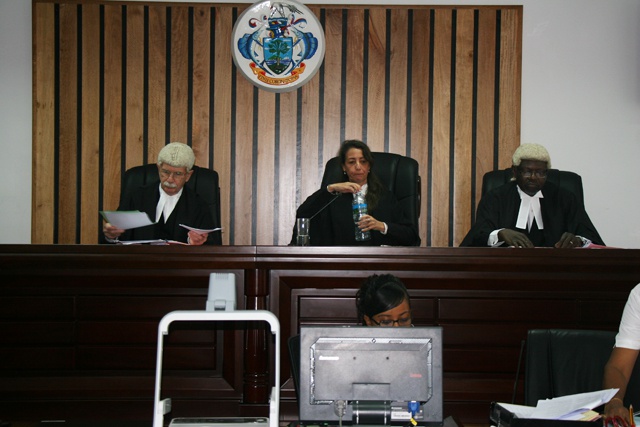 The Seychelles National Party is contesting the results of the second round of the presidential election. The election commission said President James Michel won the vote with 50.15 percent. Opposition candidate Wavel Ramkalawan won 49.85 percent.

Only 193 votes separated the two.

Seychelles' Constitutional Court, presided over by Chief Justice Mathilda Twomey, began hearing arguments from the Seychelles National Party, which had submitted a petition asking for annulment of the results after alleging irregularities and saying no candidate won more than 50 percent.

"This morning we argued on a technical point as to whether President Michel had won a majority," said Bernard George, lawyer of the Seychelles National Party.

The petition of the opposition concerns a legal point of the Seychelles Constitution as to whether it is 50 percent of vote cast.

"We say that all votes in the box should be counted," says Georges.

That point of view is not shared by the Seychelles' Attorney General Ronny Govinden. "Only valid votes are counted," argued Govinden before the three justices.

Govinden cited the example of the case of the Popular Democratic Movement which won their case at the Seychelles Court of Appeal for a seat in the National Assembly.

In the run-off presidential election in December, 1,062 ballot papers were declared invalid.

The two other points raised by the opposition party in their petition is the disrespect of the Electoral Commission and irregularities committed by the ruling Parti Lepep.

Justice Twomey said the case will take around three months and that 80 witnesses will be called.

This is the second petition of the SNP after 2001 when Ramkalawan contested the victory of President Albert Rene, but the court said there was no case to answer.

Michel was sworn in December 20 as per the constitution for a third and final five-year term. He has been in power since 2004.