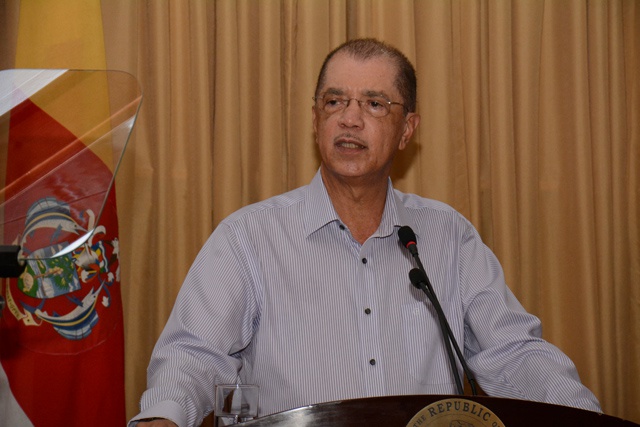 (Seychelles News Agency) - The Seychelles National Assembly will soon be called upon to approve new legislations and to amend or repeal existing laws relating to various issues including the fight against drugs, corruption, good governance and homosexuality.

The island nation’s President James Michel made these announcements in his State of the Nation Address (SONA) before the National Assembly late this afternoon.

The address, which lasted a little over an hour was aired live on national radio and television.

New laws being proposed include one that would change conditions of pensions for government ministers and members of the National Assembly (MNA’s). The president said this would be applicable to both past and present office holders.

“Their pensions and all their benefits will be paid when they reach the retirement age,” said Michel.

The retirement age defined by the Seychelles law is 63 years old. Currently, the law makes provision for ministers and members of the national assembly to be paid their pensions at the end of their term in office.

Michel also announced a proposal to limit the presidential term to only two consecutive five-year terms instead of three as is the case presently. A decision he says has been taken after a lot of “reflection and consultation.”

Another piece of legislation set to be presented to the national assembly for approval is the creation of an Anti-Corruption Commission, already announced by Michel during his recent presidential election campaign.

The commission will be tasked with receiving complaints and also investigating, detecting and preventing practices linked to corruption.

“We have taken harsh measures where corruption existed. The commission which we are setting up will help us strengthen our actions against corruption,” said Michel.

This he says, will cater for the introduction of a programme of clean needles for addicts to be used under medical supervision; allowing judges and magistrates complete discretion when passing sentence after drug related conviction, the setting up of a special court to hear all drug offences among other measures.

One piece of legislation which Michel says his government wants repealed is a 1955 law introduced by the British to criminalise homosexuality.

“The Constitution of the Republic of Seychelles guarantees the protection of all citizens, without discrimination. We also have a United Nations human rights obligation, since 2011, to abolish all provisions in our laws that criminalise homosexuality between consenting adults. As a secular and democratic nation, Seychelles has to fulfil its national, international and constitutional obligations.”

This was Michel’s 12th State of the Nation Address, which also marks the annual opening of the National Assembly.

Describing the State of the Nation as “very stable” he spoke about some of the country's progress and achievements in 2015.

He noted Seychelles’ economic performance including a growth rate of 4.34 percent in 2015, regular servicing of its external debts, growth in tourism numbers etc.

He also spoke about what has been achieved so far as part of the 100-day target set on the day of his inauguration for a third term in office at the end of last year.

Social justice, welfare, the fight against drugs, improvement in healthcare and education, service delivery in the public sector in general, democracy and good governance are some of the priority areas which were emphasized on this afternoon.

Some of the main announcements include an increase in minimum wage for workers in Seychelles from around $287 to $358 monthly. Pensioners are also expected to benefit from an increase in their pension from $255 to $358 as of April this year.

The introduction of a progressive income tax system where all Seychellois will no longer pay tax on the first $606 of their salary, a new law for private sectors to implement a 13 month salary scheme for their employees to follow he government’s example of such a scheme, which started in January this year were also highlighted.

Michel also announced that an audit being carried out by the Ministry responsible for Finance to determine if there have been any tax evasion in certain sectors and also announced the removal of Value Added Tax on certain goods as part of measures to address the cost of living in the western Indian Ocean island archipelago of 115 islands.

On Friday, members of the Seychelles National Assembly will begin to deliver their reactions to Michel’s State of the Nation address.

The Leader of the Opposition in the assembly, David Pierre, will be first to give his reaction, followed by the Leader of Government Business Marie-Antoinette Rose and the other MPs.