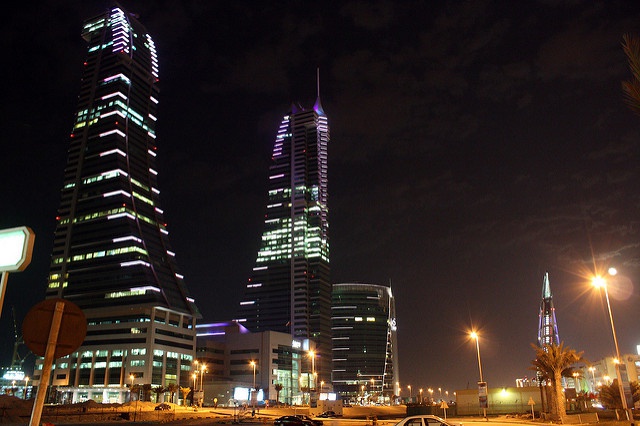 A picture of the Bahrain Financial Harbour. (Allan Donque/Flickr) Photo License: (CC BY 2.0)

(Seychelles News Agency) - Seychellois nationals who plan to visit Bahrain for business and tourism purposes can now apply for a visa online.

Seychelles is among 11 African countries [Egypt, Morocco, Kenya, Ghana, Ivory Coast, Mozambique, Cameroon, Gabon, Senegal and Mauritius] included in the third phase of the Gulf state's new visa policy launched in October 2014. The latest visa measures came into effect at the beginning of the year.

A Seychellois national who worked in Bahrain for four years between 2011 and 2014, Danielle Rene, describes Bahrain as very hot from around April to September and cold from October, with very little rainfall throughout the year.

“It’s more or less the same as other Gulf countries with a lot of date trees,” she remembered.

Rene told SNA that most Seychellois go to Bahrain for work purposes, adding that her employers made the arrangements for her visa.

“They sent me a document which I provided to the Bahraini authorities upon arrival and was issued with my visa,” she said, adding that from there she had to renew her visa after two years. Most Seychellois in Bahrain work as nanny or cook in a household.

“If a family member or friends wanted to visit, I had to do the necessary to apply for their visa,” said Rene who recommends travelling to Bahrain for both business or pleasure mentioning big malls and interesting events such as Formula 1 races.

Bahrain, a Muslim nation, is an archipelago of some 30 islands with a population of around 1.4 million people.

Bahrain’s new visa policy launched in 2014 is said to be aimed at supporting its business and tourism sectors. The second phase in April last year allowed longer stay for both businessmen and tourists.

According to Bahrain’s Ministry of Interior’s website, Seychelles is now among 113 countries that can apply for a visa online.

The exact number of Seychellois travel to the Gulf nation is not known, as the figures are mostly compiled for the whole of the Middle East.

According to the Seychelles National Bureau of Statistics, from January to September 2015, a total of 7,404 Seychellois nationals travelled to the Middle East for less than one year – 7,024 went to Dubai, 155 to Qatar and 225 to other Middle Eastern countries.