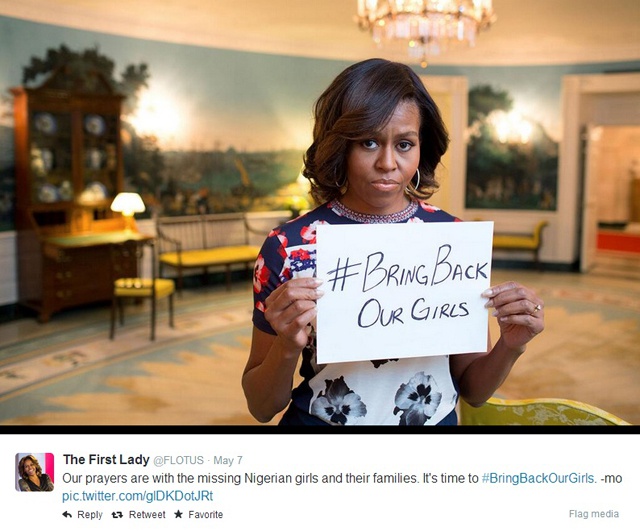 This time around Boko Haram got the necessary global publicity it has always craved for. On the 15th of April some 200 Boko Haram adherents took advantage of the lethargy within the Nigerian security establishment and raided the Government Girls School in the town of Chibok in Borno State northwestern Nigeria and abducted some 329 girls. They reportedly split them into four groups to frustrate all tracking attempts and disappeared with the girls into their main hideout the Sambisa Forest which borders Nigeria and Cameroon.

It is now more than a month since the girls were abducted. According to the Nigerian police some 53 girls have escaped from Boko Haram’s captivity and so far some 276 girls are still missing.

A concerted public demonstration by Nigerian mothers waving placards in Abuja under the banner Bring Back Our Girls gained immense success and spilled over into the social media with the global broadcaster CNN getting embedded in the pursuit. The campaign has now become the new vogue in Twitter with global leaders such as UK Prime Minister David Cameron joining the First Lady of the United States Michelle Obama in posing with the #BringBackOurGirls poster. This campaign has not only raised the profile of the plight of the abducted girls but it has also exposed weaknesses within the Nigerian security establishment. It is this campaign which saw both the US and UK sending their security personnel to help Nigeria in tracking down the girls.

The Chibok kidnappings and subsequent boasting by Boko Haram’s current leader Abubakar Shekau that they intended to sell the girls into slavery is what irked the global public. The campaign has also revealed the Nigerian government’s security lapses.

Radical Muslim cleric Mohammed Yusuf founded Boko Haram in 2002 in Maiduguri, the capital of Borno State after being expelled by the local council of Imams for his extremist views. A year later Boko Haram militants began their unsavory reputation after they launched attacks in Yobe State in Northern Nigeria. It is now 11 years since they initiated their bloody and fatalistic quest aimed at establishing a Sharia government. Incidentally while Boko Haram’s deathly intentions had been known right from the start it took the US State Department 10 years to classify the sect together with its offshoot Ansaru as Foreign Terrorist Organizations (FTO). In the 11 years of its existence Boko Haram has grown in stature as the reputation of Africa’s most populous state and largest oil producer suffered.

The Chibok kidnappings and the worldwide attention it has generated will definitely mark a turning point in Nigeria’s handling of the sect. The Nigerian government is now under pressure to not only maintain its new found status as Africa’s leading economy but also secure its economic gains and reputation.