New Durban to Seychelles yacht race on the horizon 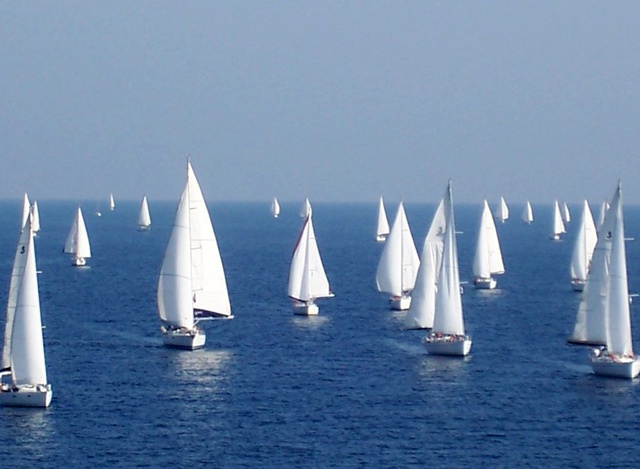 (Seychelles News Agency) - A new yacht race is on the cards that will begin from Durban harbour in South Africa and end in the Seychelles islands after a race along the coastline of Mozambique.

The news published by South African media was announced by the Seychelles Minister of Tourism and Culture, Alain St. Ange, at a business breakfast in the margins of the South African Tourism Indaba in Durban on Friday 9 May.

The race, designed to be similar to the famous Cape to Cairo yacht race, is a product of the East3Route, a collaborative tourism initiative involving KwaZulu-Natal, Swaziland, Mozambique and the Seychelles islands, which is exactly the kind of multi-lateral cooperation that Minister St. Ange wants to see increase throughout Africa.

The minister explained that the starting points for the race would alternate between the Seychelles and Durban each year.

“We are in talks with SuperSport to partner with us in this race and there will be a stop-over at one of the East 3 Route member countries,” he added.

The Indaba, which is one of the largest tourism marketing events in Africa, showcases a wide variety of Southern African tourism products and opportunities, and it attracts international stakeholders and media from all over the world.

An ideal platform for key industry players and government officials to discuss the emerging trends, challenges and opportunities for tourism in Africa, the 2014 theme was 'Africa: Open for Tourism Business'.

The session was also attended by the chairperson of the African Union Commission, Dr. Nkosazana Dlamini-Zuma.

In a press statement the Seychelles Minister for Tourism and Culture, Alain St Ange said that lack of air access, lack of political will to resolve issues, difficulties with visas and cross-border travel and negative travel advisories were among others several issues and challenges facing the successful evolution of tourism on the African continent that were discussed during the session.

Imploring African nations to work together to make the most of African tourism opportunities, St. Ange cited the success of regional collaborations in tourism, such as the East3Route, the Vanilla Islands and the Carnaval International de Victoria, which clearly showed the benefits of working together to collectively promote African regions for mutual benefit.

According to figures from the Seychelles' National Bureau of Statistics, South Africa was among the top 8 countries contributing the most visitors to Seychelles, whereby 13, 212 South African tourists were part of the record number of 230,272 visitors who came to the Indian Ocean island nation in 2013.

For this year figures reveal that visitors from Africa decreased by 6 percent in 2014 compared to same period in 2013 nevertheless the South African market is doing quite well as there has been an increase of 5 percent in the number of visitors from South Africa to Seychelles since the beginning of 2014.

Visitor Arrivals, according to the NSB, leading markets this year, as at week ending Sunday May 04, 2014:

On the other hand there is also a good level of South African interest in a luxury property development project 'Eden Island,' featuring apartments and villas built on man-made island next to the main island of Mahe.

The project was built by a group of South African and Austrian investors, and has attracted a large number of visitors from South Africa.

So far 580 housing units have been built on the Estate, 460 of which have been sold. The project is currently in the final phase of construction.