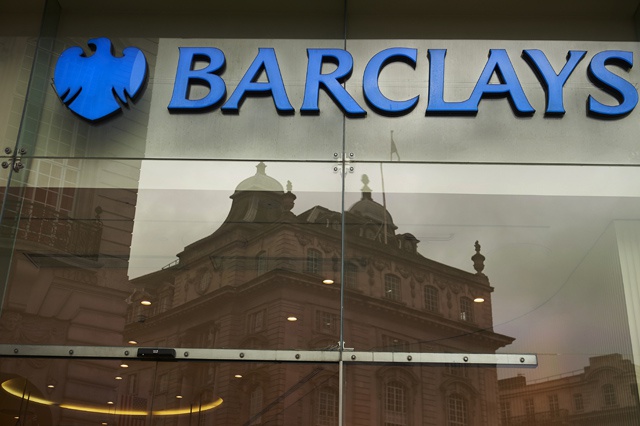 This file photo taken on October 22, 2015 shows a logo of the British bank Barclays on a sign outside a branch of the bank in London. British bank Barclays said on March 1, 2016, that net losses more than doubled last year and announced plans to gradually reduce its majority stake in the group's African unit. (NIKLAS HALLE'N / AFP)

"We are today announcing our intention to sell down our 62.3-percent interest in our African business, BAGL, over the coming two to three years," Barclays said in a statement and revealed annual losses after tax of £394 million ($549 million, 505 million euros) for the bank as a whole.

The 2015 net loss -- against the £174 million posted a year earlier -- was largely the result of money set aside to compensate customers mis-sold a controversial insurance product, or PPI.

Barclays is facing major changes under Staley, an American who began his role in December.

Staley has been tasked with restoring the bank's battered reputation caused by a series of scandals including the rigging of foreign exchange and Libor interest rate markets.

Barclays is meanwhile axing thousands of jobs as it seeks to slash costs.

A new round of cuts was revealed in January, with Barclays announcing plans to shed 1,200 positions at its investment banking division, alongside news that it was exiting Russia and closing offices across Asia.