Bin Laden left millions for jihad in handwritten will 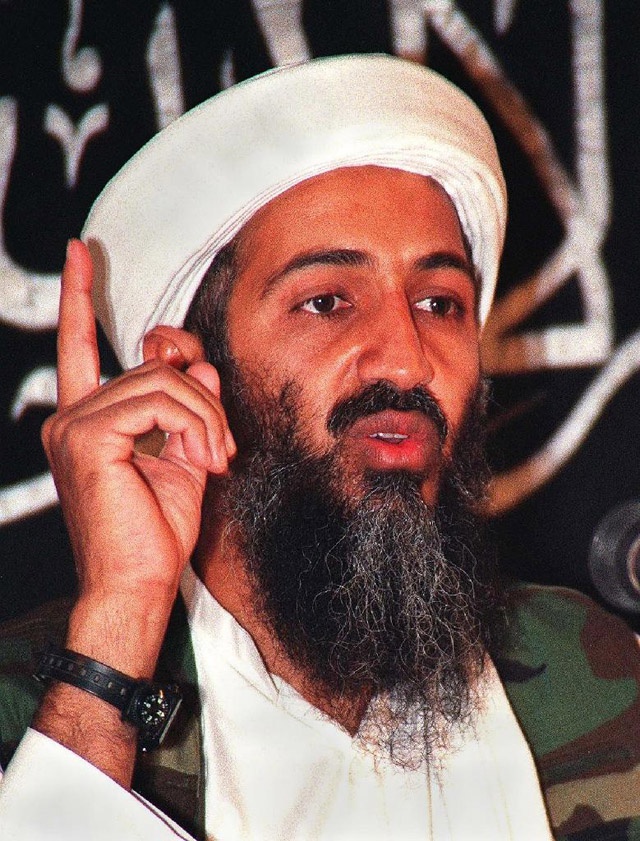 (AFP) - Al-Qaeda leader Osama bin Laden had millions of dollars stashed in Sudan and wanted most of it to be used to fund jihad, according to a handwritten will released Tuesday.

The late 1990s document was among a tranche of newly declassified letters and files that were seized by Navy SEALs on May 2, 2011 when they descended on Bin Laden's hideout in the Pakistani garrison town of Abbottabad and killed him.

The Office of the Director of National Intelligence (ODNI) released dozens of documents, including one they said was bin Laden's will that deals with monies in Sudan.

Written in Arabic on a single piece of lined paper, the signed will states bin Laden had about $29 million in Sudan, and that much of it had come from his brother.

"I received twelve million dollars from my brother Abu Bakir Muhammad Bin (Laden) on behalf of Bin Laden Company for Investment in Sudan," he wrote, according to the ODNI's translation of the document.

"I hope, for my brothers, sisters, and maternal aunts, to obey my will and to spend all the money that I have left in Sudan on jihad, for the sake of Allah."

Bin Laden sheltered in the Sudanese capital Khartoum for five years in the early 1990s. The ODNI would not comment on what happened to the purported hoard, and it was not immediately clear if bin Laden had written other, more up-to-date wills.

The documents also show a growing schism between bin Laden's lieutenants and Al-Qaeda in Iraq, and said bin Laden was planning a worldwide media campaign for the 10th anniversary of the September 11, 2001 attacks.

In a letter to his father dated August 8, 2008 bin Laden wrote he was worried about being assassinated.

"If I am to be killed, pray for me a lot and give continuous charities in my name, as I will be in great need for support to reach the permanent home," bin Laden wrote.

He also asks his dad for absolution, without saying what he might be regretting.

"I would like you to forgive me, if I have done what you did not like," he wrote.

A letter from bin Laden to his "dear wife" provides a glimpse into the mindset of the most hunted man on the planet.

The wife had recently visited a dentist in Iran, and bin Laden asks her if she is sure the physician didn't insert a tiny tracking device into a filling.

"Please let me know in detail about anything that bothers you about any hospital in Iran or any suspicions that any of the brothers may have about chips planted in any way," he wrote in a letter signed Abu Abdallah, bin Laden's nom de guerre.

"The size of the chip is about the length of a grain of wheat and the width of a fine piece of vermicelli."

A first tranche of documents released last May showed bin Laden was worried about drone strikes, and in which he laid out plans to groom a new cadre of leaders.

Bin Laden also warned that conflict with regimes in the Middle East would distract the extremists from hitting hard at what as far as he was concerned is the real enemy -- America.