UNESCO: Seychelles is only country in Africa to achieve education for all 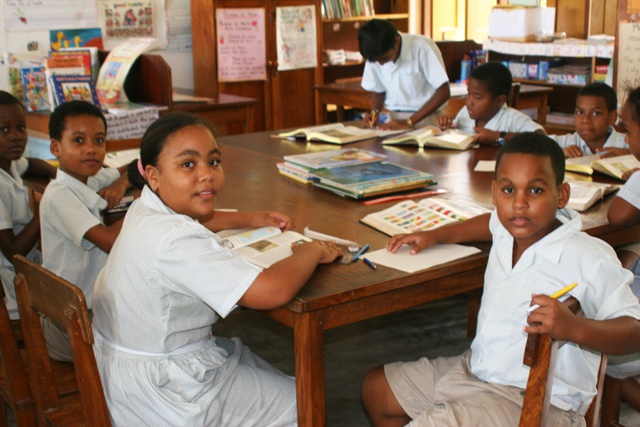 (Seychelles News Agency) - Seychelles is the only country in Africa that has already fully achieved education for all, in line with the six Education For All (EFA) goals set out by the United Nations Educational, Scientific and Cultural Organization, UNESCO, for attainment in 2015, according to a new report published by UNESCO’s Regional Office in Dakar.

According to the most recent statistics in 2012, the level of literacy in Seychelles has reached 94 percent.

The goals are: to improve early childhood care and education; ensuring that all children have access to free compulsory primary education; meeting the learning needs of young people and adults; achieving a 50 percent improvement in levels of adult literacy; achieving gender equality in education by 2015; and improving all aspects of the quality of education, particularly in literacy, numeracy and essential life skills.

As for the rest of Africa, the report published by UNESCO’s Regional Office in Dakar says that the challenges remain daunting as the primary school cycle is currently completed by less than 70 percent of African primary-aged children. The Dakar office estimates that 53 million children and youths are not in the schooling system. In addition to these numbers, 182 million adults are illiterate,

UNESCO says that if the current rate of progress continues, only 31 out of 44 African countries might achieve the EFA goals by 2020.

The report was published prior to a Global Education for All meeting, which is set to take place in Muscat, Oman, from 12-14 May 2014.

“We have come far and much progress has been achieved but Education for All in Africa remains an unfinished business,” said the Director of UNESCO Dakar, Ann Therese Ndong-Jatta, in a video interview on the occasion of the report.

UNESCO has tried to accelerate progress in Africa by implementing a framework known as the Big Push in October 2012. In March 2013, African countries met in Dakar to develop national plans for the acceleration process.

At the same time, the body has recognized the need to move from global targets to targets that are more attainable in various regions.

"In a situation of 20 years of Education for All and only one African country has met the target, it is a clear indication that probably there is something wrong with the target. In the post-2015, we need to make the targets more realistic to the context and realities of the various regions," Ndong-Jatta added.

Some older generations of Seychellois received little to no formal education during their youth, but a government drive in the late 1980s to improve the adult literacy rate convinced many adults to attend adult literacy classes, improving the rate dramatically by the early Nineties.

In Seychelles today, a system of free education has been in effect since 1981, which is compulsory up to the age of 16 and free through secondary school until the age of 18. Students must pay for uniforms, but not for books or tuition.

There are 33 public schools in the archipelago. There are however 3 private schools that offers primary and secondary schooling for those who have a higher income.

Since September 2009 the Indian Ocean island nation also started to offer tertiary education following the setting up the University of Seychelles.