From Mauritius to Seychelles – André Sauzier's lifelong dedication to Justice 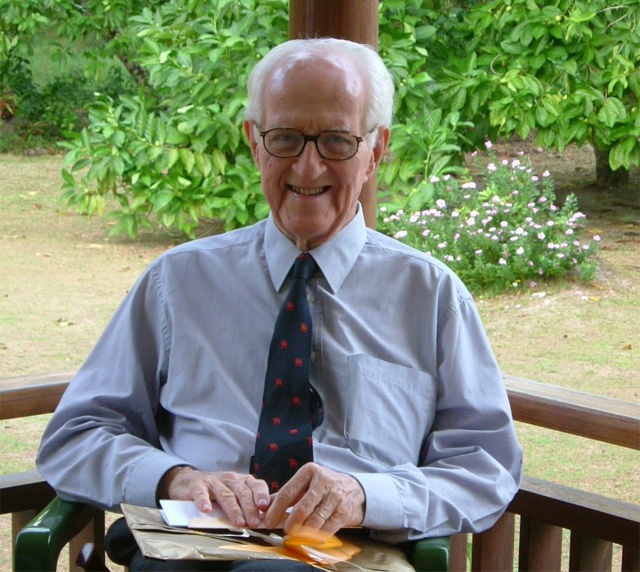 Following his studies in Mauritius’ Royal College, at a young age of 22, Sauzier went on to read law in England from September 1946 to June 1949.

He was called to the English bar in June 1949, after passing the examinations held by the Council of Legal Education of the Four Inns of Court.

After three years of accumulating experience in the UK, Sauzier returned to his birth place, neighbouring Indian Ocean island of Mauritius and was called to the Bar in October 1949 where he remained practicing law until May 1950.

Move to Seychelles over 60 years ago

Sauzier’s journey to the Seychelles began in July 1950 he joined the private practice until September 1951. From then on he would dedicate almost 20 years to the Seychelles government service starting as Assistant Attorney General and Registrar of deeds in 1951.

Almost 3 years later in June 1954 at the age of 30, Sauzier became the acting Attorney General and was confirmed Seychelles’ Attorney General on January 1, 1955, a post he held for 15 years until April 1970.

Sauzier's Curriculum Vitae, dated back to November 26, 2002 in which he personally summarizes his professional history, states that during his career as the Indian Ocean archipelago’s Attorney General he was actively engaged in Court work as prosecuting counsel or as counsel for the government in civil cases.

“I was also advising the government as their principal legal advisor. My work entailed drafting legislation,” he states.

Justice Sauzier served the Seychelles courts between 1970 and 1987.

Moving on as he pursued his career in the judiciary, Sauzier served as Judge of Seychelles Supreme Court for 12 years from April 1970 to November 1982, where on several occasions, he acted as the Chief Justice when the substantive Chief Justice was not in Seychelles.

He further served as Justice of Seychelles Court of Appeal from April 1983 until his retirement in April 1987.

Over the years Sauzier formed part of the Overseas Civil Service of the UK while he has also been engaged in several publications.

In 1982 for example he wrote “Introduction to the law of Evidence in Seychelles” as a reference for lawyers to that law.

Since 1988 to date Sauzier had been practicing as a legal consultant.

His role in creation of the Third Republic

Another important role held by the Mauritian - born who has adopted Seychelles as his home during his lifelong career came about in 1992 when he was appointed as Registrar of Political Parties as well as Director of Elections to determine the composition of the Seychelles Constitutional Commission which were held in July 1992.

Sauzier remained in these roles for the first referendum for the adoption of a new constitution of Seychelles’ in November 1992, and then resigned in May 1993.

Seychellois Judge Bernadin Renaud took over as Director of Elections after Sauzier’s departure.

Renaud had worked alongside Sauzier before that to help set up electoral system for the referendum as the Chief Electoral Officer.

In an interview with SNA Justice Renaud said "you had to be someone of principle and do your work fearlessly to be able work with Mr Sauzier."

“He showed me how not to be afraid to make decisions (…) What I have learnt from him is that if you want  do something according to law you must be fearless and you must do it without favour, without ill-will and proclaim your mind whatever the consequence. This is what I have learnt and kept from the qualities of Justice Sauzier,” said Renaud.

A family man, with a giving heart

Apart from his career, Justice Sauzier was also a family man and was involved in many charitable organizations and activities of the Roman Catholic Church.

In an e-mail to SNA, Justice Sauzier’s son Bernard Sauzier described him as a simple, humble man at heart and in action, he affected the lives of many in Seychelles."

Justice Sauzier has lived in various places on the main island of Mahé, from le Chantier when he first came to Seychelles from Mauritius, to the original Pirates Arms, various residences at Bel Eau (current army headquaters), then in Government/State House grounds, La Misere and finally Anse Royale.

“From his residence near State House he always walked to and from work, even at lunchtime, until protocol required him to be chauffeured to the Supreme Court,” recalls Bernard.

“A great role model for his children and grandchildren in Mauritius, Australia and the United States of America, he will be sorely missed by his wife and us, though we know he is at peace”.

François Marcelin Anatole André Sauzier passed away at the age of 90, in his home at Anse Royale, Southern district of the main Seychelles island of Mahé, on Monday May 12, 2014 surrounded by his wife Thérèse Michelle Sauzier and three children, Bernard, Chantal and Odile.