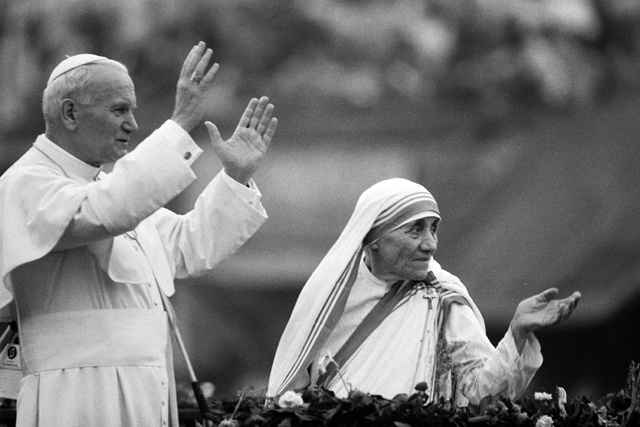 (AFP) - Pope Francis on Tuesday formally approved sainthood for Mother Teresa and set September 4 as the date for her canonisation.

The move comes 19 years after the death of the missionary nun who dedicated most of her adult life to working with the poor of Kolkata, India.

There was no immediate word from the Vatican on the location of the canonisation ceremony, which is expected to take place in Rome with a thanksgiving ceremony held at a later date in the Indian city where Teresa is buried.

The Albanian nun, 87 when she died in 1997, was revered by many Catholics and won the 1979 Nobel peace prize for her work with the poor.

But she was also a divisive figure with critics branding her a religious imperialist whose fervent opposition to birth control and abortion ran contrary to the interests of the communities she claimed to serve.

Teresa took the first step to sainthood in 2003 when she was beatified by Pope John Paul II following a fast-track process involving the recognition of a claim she had posthumously inspired the 1998 healing of a critically-ill Bengali tribal woman.

Last year she was credited by Vatican experts with inspiring the 2008 recovery of a Brazilian man suffering from multiple brain tumours, thus meeting the Church's standard requirement for sainthood of having been involved in two certifiable miracles.