Environment behind nearly quarter of global deaths: WHO 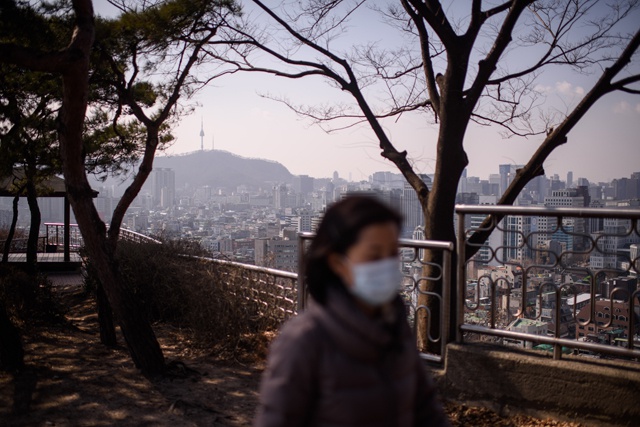 (AFP) - One in four deaths worldwide are due to environmental factors like air, water and soil pollution, as well as unsafe roads and workplace stress, the World Health Organization (WHO) said Tuesday.

An estimated 12.6 million people died in 2012 as a result of living and working in unhealthy environments, 23 percent of all deaths reported globally, according to the new study.

"If countries do not take actions to make environments where people live and work healthy, millions will continue to become ill and die too young," warned WHO chief Margaret Chan in a statement.

The report defines environmental causes broadly, drawing links between a long line of environmental risk factors like pollution, chemical exposure, climate change and ultraviolet radiation, as well as access to firearms and more than 100 diseases and injuries.

As many as 8.2 million of the deaths could be blamed on air pollution, including exposure to second-hand smoke, which is responsible for heart disease, cancers and chronic respiratory disease, the report said.

Among the deaths attributed to environmental factors were 1.7 million caused by "unintentional injuries", including road accidents.

The report also counted 846,000 diarrhoeal disease deaths among environmental mortalities, adding that many were linked to pollution and unsafe drinking water.

The WHO reported 246,000 deaths due to intentional injuries, including suicides, which it linked to the unsafe storage and access to firearms, as well as to pesticides -- used in a full third of the world's suicides -- among other factors.

The report found that most environmentally-linked deaths happened in Southeast Asia, which accounted for 3.8 million such deaths in 2012, followed by the Western Pacific region with 3.5 million.

The least affected region was the Americas, with 847,000 deaths blamed on environmental conditions.

The WHO said that better environmental management could prevent the deaths of 1.7 million children under five, who are especially prone to serious illnesses arising from respiratory infections and diarrhoea.

"There's an urgent need for investment in strategies to reduce environmental risks in our cities, homes and workplaces," said Maria Neira, WHO's public health chief.

"Such investments can significantly reduce the rising worldwide burden of cardiovascular and respiratory diseases, injuries and cancers, and lead to immediate savings in healthcare costs," she said.

The report is the second of its kind and follows an initial WHO study a decade ago.