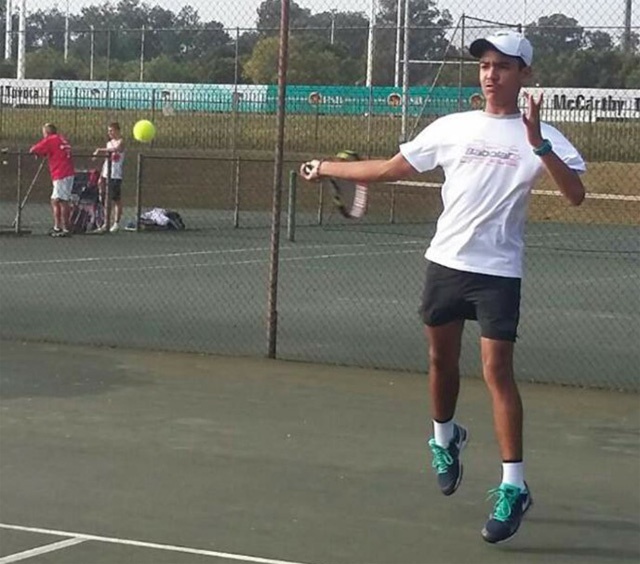 Laporte, the first Seychellois to reach a final in the competition, defeated one of Nigeria’s promising young players, Michael Osewa, 7-5 and 6-4.

Laporte’s gold medal is the results of his hard work and devotion, his mother, Marie-Josee Laporte, told SNA on Friday.

“As a parent I am happy and proud because this is one of his dream come true. It has been through hard work and devotion on his part and we as parents have also given all our support, especially his dad who has always encouraged him with regards to his training,” said a proud Marie-Josee.

A gold medal for Seychelles, a group of islands in the western Indian Ocean with a population of 93,000, is seen as a big achievement for the local tennis association.

“It’s a great achievement for the association and this is a result of the support with the help of the national sports council that has made it possible for Damien to play in various competitions and that has helped improved his level. Today he has seen the result,” says Gary Albert, the chair of the Seychelles Tennis Association.

Laporte, 13, started going to the tennis court at a very early age with his father Mervin and sister Chloe and began playing at the age of 6. Today, he is ranked among the top eight players on the African continent and dreams of turning professional if the opportunity arises.

Marie-Josee says his son had said that at 13 or 14 years old he would know what his level is and if he has the potential to go further. Winning a gold medal at 13 shows he is on a path to future success.

“His dream to turn professional with this medal will be a push for him and we will need to sit down as a family and discuss the possibility. He was offered to go at academy in Burundi at 9 but we felt as parents that he was too young," his father said.