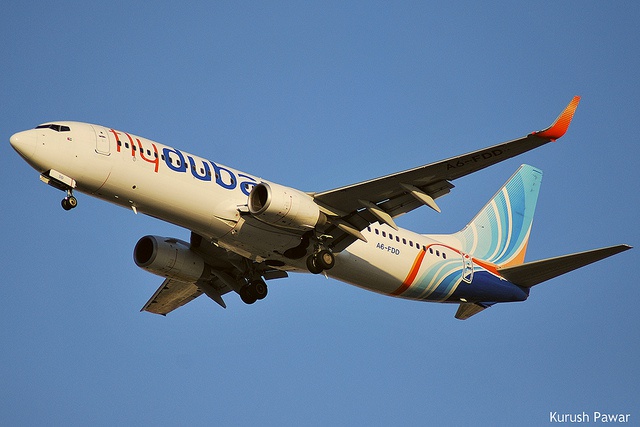 (Seychelles News Agency) - A 23-year-old Seychellois, Alex Confait, was one of seven crew members of the Flydubai aircraft that crashed in the southern Russian city of Rostov-on-Don early Saturday morning, killing all 62 people on board.

The Flydubai flight, FZ981, flying from Dubai missed the runway on its second attempt to land, according to an AFP report. There are reports of an explosion as the plane came down about 250 meters from the runway.

Confait's mother saw news of the crash on CNN and called her husband, Vincent Confait, who was on the way to work on the island of La Digue.

“I told her that maybe Alex was not onboard and that he might be somewhere else. I told her wait and see,” Alex’s father, Vincent Confait, told SNA as he fought back tears on Saturday.

“We were a bit worried though, because his mother had sent him a text message on Friday and he did not reply back. But sometimes he does not reply when he is flying or is somewhere else, so we thought that maybe he was on another flight,” he added.

Flydubai's head office called the Confait family at around 8 am Saturday morning to inform them that Alex was among the fatalities of the plane crash.

“Alex was going to celebrate his 24th birthday the 31st of this month, but now he is gone,” said the devastated dad.

Alex was from Mont Buxton, a district on the outskirts of the Seychelles capital Victoria, on the main island, Mahe. He had been working as a cabin crew with Flydubai since August 2014 and according to his father he was also the only Seychellois working for the airline. Alex previously worked for the other Dubai-based Emirates airline.

The young Seychellois' last post on his Facebook page at 3.18 am on Friday reads: "The future belongs to those who believe in the beauty of their dreams."

Michel expressed profound sadness and sorrow in the message sent on behalf of the people of Seychelles, adding that the entire nation was in mourning.

“We are equally affected in the wake of this disaster as one of our own Seychellois sons has perished along with many other souls aboard,” said President Michel in the statement released by the island nation’s foreign affairs ministry.

“Today the people of Seychelles join Russia in mourning as a people unified through a sense of grave loss,” added Michel.

Flydubai is a state-owned low-cost airline based in Dubai. The airline started commercial flights in 2009.

It has more than 15,000 employees and a fleet of more than 45 brand new Boeing 737-800 New Generation aircraft and operates to more than 90 destinations.

The passenger list comprised of 33 women, 18 men and 4 children, comprising of 44 Russians, eight Ukrainians, two Indians and one Uzbekistani.

The chief executive of Flydubai Ghaith Al Ghaith has published a statement on the airline’s website expressing condolences to the families of the passengers and crew.

“We don’t yet know all the details of the accident but we are working closely with the authorities to establish the cause,” said Al Ghaith.

The airline has activated a family reception center for relatives of passengers and to give out more information to the relatives of the victims of the plane crash as the investigation continues.

The exact cause of the tragedy is not yet known but bad weather has been cited as a possible cause by several international media outlets.

“Russian outlet LifeNews said the plane had been circling the area trying to land for two hours because of the poor weather,” reports the AFP adding that “other flights were diverted to Krasnodar airport, 300 kilometres (180 miles) south of Rostov-on-Don.”

The plane's flight data recorders have been recovered and an investigation in underway to establish the exact cause of the crash.