At least one dead as twin blasts rock Brussels airport 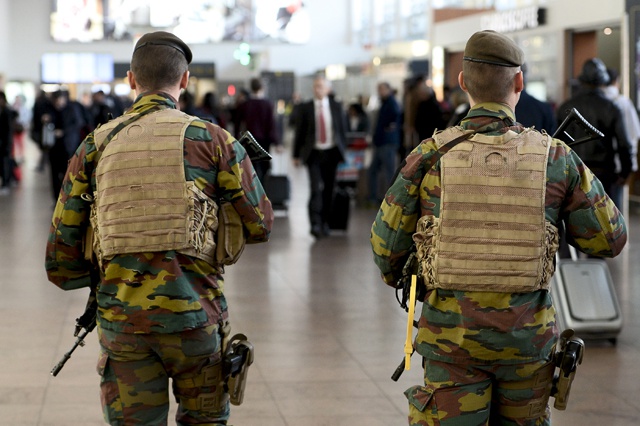 (AFP) - Twin explosions rocked the main hall of Brussels Airport on Tuesday, killing at least one person and wounding several others, officials said.

Interior Minister Jan Jambon announced that Belgium's terror threat had been raised to its highest level, as witnesses told Belga news agency there had been shots and shouts in Arabic at the airport before the blasts hit the departure hall.

Federal police told Belga news agency that they could confirm one dead, amid chaotic scenes at the airport on the northwest outskirts of Brussels.

"There have been two explosions at the airport. Building is being evacuated. Don't come to the airport area," the airport said on Twitter.

Television images showed passengers fleeing chaotic scenes, with thick black smoke rising from the terminal building, where the windows had been shattered.

The airport has been shut down until further notice, Eurocontrol, the European organisation for air navigation safety, confirmed on its website.

Police told Belga news agency that at least one person had been killed and several others wounded.

RTBF said the blasts at the airport on the northwest outskirts of Brussels hit shortly after 8:00am (0700 GMT).

The blasts come days after the dramatic arrest in Brussels on Friday of Saleh Abdeslam, prime suspect in the Paris terror attacks that killed 130 people in November, after four months on the run.

There was no immediate confirmation of the cause of the blasts.

Mike van Dulken, head of research at Accendo Markets, said that the "explosion at Brussels airport... has knocked sentiment".

General » Be a reporter: Write and send your article » Subscribe for news alert
Tags: Brussels, explosions