Verdict in Seychelles’ presidential election petition set for May 31 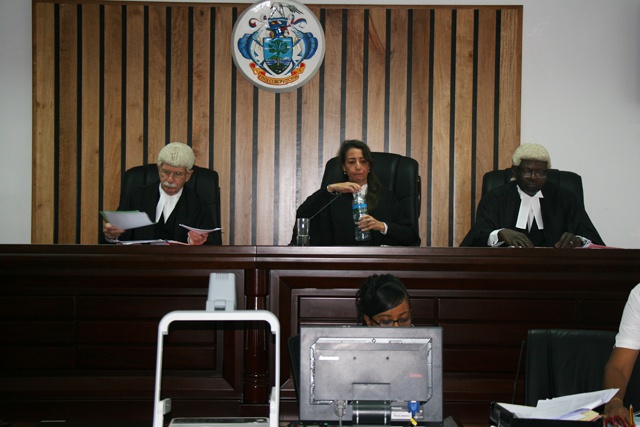 (Seychelles News Agency) - Seychelles' top court will release its verdict May 31 in the case of an opposition political party's petition to overturn the results of the December presidential election, the chief justice announced Monday.

The Seychelles National Party (SNP) is contesting the victory of President James Michel in the December 18 two-man run-off in which Michel was declared the winner with 50.15 percent of the vote.

The candidate of the opposition, Wavel Ramkalawan won, 49.85 percent of the vote. A difference of 193 votes separated the two candidates.

Ramkalawan, the leader of the SNP, believes that none of the two candidates obtained the absolute majority of the votes cast, and that there were irregularities committed by the ruling party Parti Lepep.

The trial began on 15 February.

On Monday morning the parties made their final statements to the court. The verdict is eagerly awaited by the population of the Seychelles archipelago in the western Indian Ocean.

"I think, as I have always said, that I brought all the evidence needed and I am happy with having filed a very good case that has the possibility of success," said Ramkalwan’s lawyer, Bernard George.

Basil Hoareau, one of the lawyers representing the president of Seychelles, said: "We pointed out that some evidence are not supported by the allegations, and the court will simply reject them."

Around 30 people were called to testify in the case. This is the second time that the SNP file an appeal in the courts.

In 2001, Ramkalawan complained of irregularities in the election in which president Albert René came out the winner, but the court said there was no case to answer.

President Michel was sworn in on December 20, a day after the announcement of the results as the Seychelles’ constitution stipulates.

This is Michel's third and last term. He came to power in 2004 on the ticket of former president France Albert René. He was elected in 2006 and 2011.