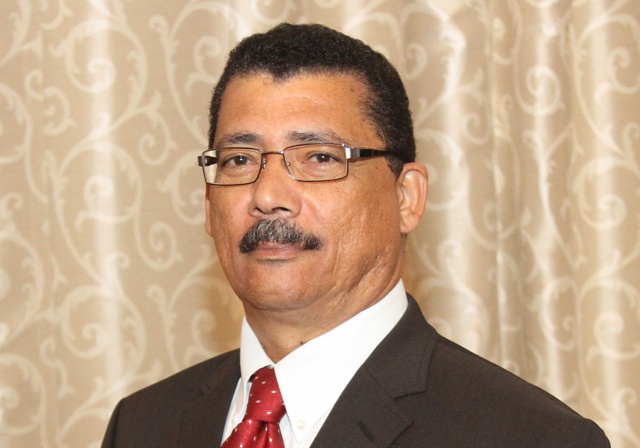 Seychelles has invited oil and gas companies to bid for exploration blocks and has attended overseas road shows over the course of 2013. Are you pleased with the response so far?

EB: The Seychelles government announced its licensing initiative in mid-2013. There have been applications for two areas on the shallow Seychelles Plateau and the government has also signed an agreement with Japanese Oil Gas & Minerals Corporation (JOGMEC), for an area in the deeper waters. At the time of announcement of the licensing initiative, companies had already drawn up their budget for 2013, and we expect to see more interest in the deeper water in 2014, following more promotion on our side.

To date, only two companies, Afren Plc and Australia’s WHL Energy, hold exploration licences in Seychelles. When can we expect the names of others to be announced?

EB: Currently there are three companies that are active in offshore Seychelles. These are WHL Energy, Afren and JOGMEC. Afren has conducted a 3D survey in 2012-2013 and all the data has now been processed and they expect to drill their first well in late 2014 or early 2015. JOGMEC will be acquiring 2D data and carrying out a geochemical survey in the first quarter of 2014. WHL Energy has done a tremendous amount of work, and is actively searching for a partner and they are expecting to conclude an agreement with one shortly.

Seychelles has completed a review of laws regulating the petroleum exploration sector. What new rules are now in place to protect investors and the country?

EB: After completing a review of the legal framework and the fiscal regime of the upstream petroleum sector, the Government of Seychelles has lifted its two-year moratorium on the issuance of petroleum agreements. The review was carried out with the assistance of the World Bank, IMF, and the Commonwealth Secretariat. This took into consideration the activities taking place offshore East Africa and was aimed at modernising legislation, especially the Petroleum Taxation Act. The current licensing initiative provides for an open file award process, which means that a company may make applications any time for an area not exceeding 10,000km2. The due diligence will be carried out to assess the company’s technical and financial capabilities. Once this is confirmed, other companies will be invited and given 90 days to submit their bid for the same area. The bids will then be assessed, and the successful company will then negotiate a petroleum agreement with the government. Changes have been to royalty payments, which have increased from 5 per cent to 10 per cent. The first threshold rate of return triggering payment of the petroleum additional profit tax is now fixed at 15 per cent, and the tax rate will subsequently be 25per cent. The government has retained concession type agreements whereby title of any petroleum produced is passed onto the company at the wellhead. Petroleum tax remains at 35 per cent.

How optimistic are you that oil will be discovered offshore in the near future?

EB: The team at PetroSeychelles is very optimistic about an oil discovery in Seychelles in the near future if current companies exploring offshore carry out their commitments. The only way of discovering oil is by drilling, and offshore this is very costly. An oil company can drill a well on land for as little as million, but needs at least million to drill an offshore well in shallow waters, and much more in deeper waters.

What effect would such a discovery have on the economic development of Seychelles?

EB: Discovery of a commercial petroleum field in Seychelles would obviously have an impact on the country. We all know that finding oil or gas in any country can be a blessing or a curse. We intend to make any such discovery a blessing, allowing Seychelles to meet its social and economic objectives. Coming in late in this sector is itself a blessing as we have analysed the mistakes of others and we are putting in place necessary mechanisms so as not to repeat these. Already work is ongoing for an oil and gas revenue management policy, and we have already embarked on a project that will see Seychelles EITI (Extractive Industry Transparency Initiative) compliance by 2016.

Eddy Belle holds a First Class Honors BSc degree in Chemistry from the University of Lancaster and a Post Graduate Certificate in Education from the University of Leicester. He studied Geology at the University of Texas, El Paso where he obtained a Master’s degree in 1987. In addition to managing the Seychelles National Oil Company from 1992 until 2001, he also served as Principal Secretary in the Ministry of Tourism and Transport from 2001 to 2005, and from 2005 until 2012 he was the Deputy CEO of the Seychelles Petroleum, until his appointment in 2012 as CEO of PetroSeychelles.