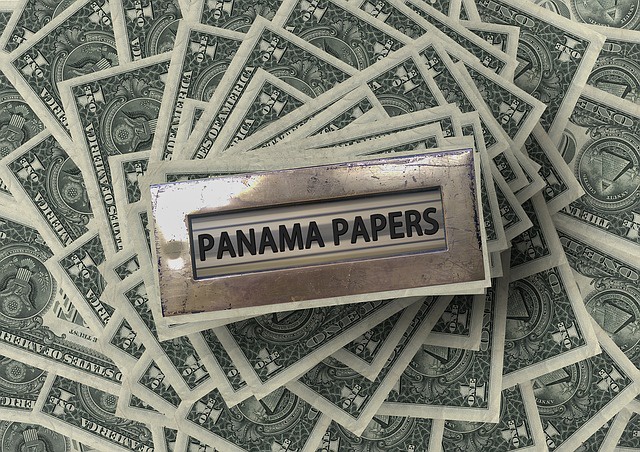 The ‘Panama Papers’ have been described as the biggest leak of private documents in history (Pixabay) Photo License: (CC0 1.0)

(Seychelles News Agency) - The Seychelles Financial Services Authority (FSA) says it is concerned about the information contained in financial documents leaked from Panama-based law firm Mossack Fonseca. The documents known as the 'Panama Papers' mention countries around the world, including Seychelles.

The FSA said this week that it will examine the issue and soon establish a course of action to take.

“The FSA is concerned vis-à-vis the content of these publications, especially in view of the potential damage that these may cause to the reputation of the Seychelles,” a statement on Wednesday said.

The ‘Panama Papers’ have been described as the biggest leak of private documents in history -- nearly 40 years of records dating back from 1977 to 2015 featuring information about more than 210,000 companies in 21 offshore jurisdictions.

Nearly 2.6 terabytes worth of data amounting to 11.5 million files have been leaked from the database of Mossack Fonseca -- one of the world’s biggest offshore law firms.

The Panama-based law firm also has a branch in Seychelles. The local branch of the firm is not willing to provide any comments on the issue surrounding their parent company.

Seychelles has been named fourth on a list of what has been described as the ‘10 most popular tax havens’ in the Panama Papers scandal.

According to the FSA, the sector has the necessary framework and legislation in place which licensed service providers have to abide to.

“In cases where any non-compliance and/or malpractices are identified, the relevant authorities in Seychelles will intervene appropriately to mitigate possible risks, protect the public and safeguard the good repute of Seychelles,” says FSA.

According to UK’s The Guardian, 12 current or former heads of states are among some 140 politicians, their families and close associates from around the world alleged to have been using offshore tax havens.

A host of celebrities, sports stars and wealthy individuals from around the world are also being implicated in the so-called Panama Papers.

Three Syrian-owned companies, Pangates International, Maxima Middle East Trading, and Morgan Additives Manufacturing, which are said to be registered in Seychelles, are alleged to have created shadow companies through the services of Panama-based law firm Mossack Fonseca.

According to an AFP article, the three firms are under US sanctions for allegedly providing petroleum supplies to President Bashar al-Assad's regime likely to be used by his military, including aviation fuel.

Quoting German newspaper Süddeutsche Zeitung, another AFP article also states that four companies based in the Seychelles are currently on US sanctions lists and all four were created or administered by Mossack Fonseca, "at least for a certain time."

The revelations contained in the 'Panama Papers' have triggered denials as well as investigations on the part of several individuals and nations mentioned.

Responding to SNA in an email this week on the Seychelles stance, the Minister of Finance, Trade and Blue Economy said that follow-up investigations will determine if there is a case to answer. He added that Seychelles is committed to doing its part in that regard.

“It should be noted that the issues being flagged relate to the actions of the law firm in Panama, although they may have used International Business Companies (IBCs) registered in international financial centres, which include Seychelles, or in other financial centres including BVI, Singapore, Hong Kong and many others,” said Jean Paul Adam.

“FSA which has oversight over financial services will be acting jointly with FIU which has jurisdiction on money laundering issues in taking action against the law office of Mossack Fonseca, or any other locally based lawyer or corporate service provider if there is proven misconduct by any of the companies they have registered, whether that be in terms of money laundering or in terms of tax evasion concerning our exchange of information protocols."

In 2013, the OECD rated Seychelles as non-compliant in two areas in the Global Forum on Transparency and Exchange of Information for Tax Purposes. This was during Phase Two of the Peer Review Group rating process.

Seychelles’ efforts to comply with the widely-recognised Organisation for Economic Co-operation and Development (OECD)’s regulations on the sharing of tax information led the island nation’s jurisdiction to be rated ‘largely compliant’ in February 2015.

Seychelles is also a member of the Multilateral Convention on Exchange of Information and opted for the early adoption of new standards in automatic exchange of information between countries developed by the OECD.

The Panama Papers records were obtained by the German newspaper Süddeutsche Zeitung from an anonymous source and shared with the International Consortium of Investigative Journalists, ICIJ, which coordinated a year-long investigation of the data.